The Boomsday expansion is dropping on the 7th August and that means another 23 legendaries being added to the card pool.

A constant from all the precious expansions shows us that there are always some broken good legendary cards….. and some junk ones.

Legendaries aren’t cheap, they cost 1,600 dust, and you only pull 1 from every 40 packs at a minimum. So, crafting the best ones from day 1 is really important if you want to climb.

I’ve read through and watched card reviews from a bunch of pro players such as Amnesiac, Kolento, Boarcontrol, Stancifka, and more.

Taking into account all their ratings and thoughts, here is a short list of the best Boomsday legendary cards to craft (or not dust if you open them) as they are believed to be the most playable. 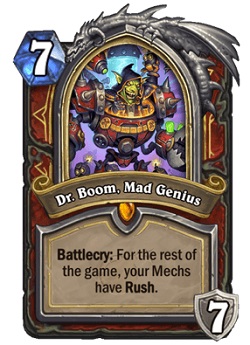 This is the most anticipated card for its fun-factor, and because it looks pretty OP.

With a strong mech deck built around this death knight and the crazy hero powers you’ll dominate board control.

We’re going to see a lot of this card in the first few days for sure. Either join em’ or counter em’, that’s my advice. 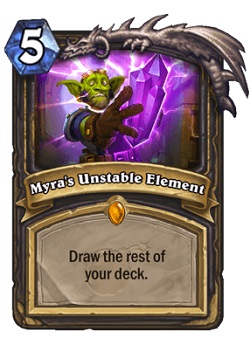 There are so many broken combos being theorized around this card.

Being able to draw the rest of your deck is incredibly powerful, and some of the other new cards like Lab Recruiter and Pogo-Hopper were clearly designed to synergize with this. 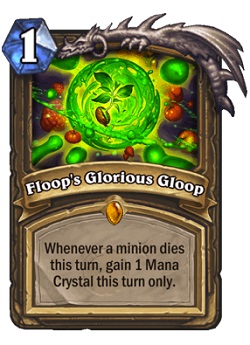 Much to the bemusement of the community, it looks like Druid are getting the best legendaries once again.

This card allows you to cheat mana, which is always a powerful mechanic in Hearthstone.

The worst case scenario is that it pays for itself in a turn, going to see a lot of power turns and swings with some Glorious Gloop! 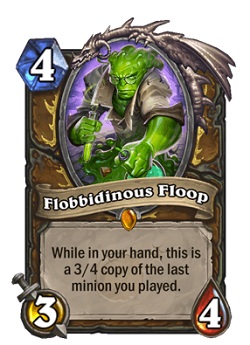 This is the other Druid legendary from the Boomsday set, and it has loads of broken potential.

How about playing a 4-mana Malygos, Dragon Recruiter, Ysera… and so on.

Crazy good effect, and sure to be a card that causes game-ending OTK’s and combos.

This is the flagship mech neutral legendary that Blizzard designed to be an auto-include in all mech decks.

It has magnetic, so you can synergize this with any mech onboard and immediately get the Divine Shield, Taunt, Lifesteal, and Rush attributes.

As it’s a neutral there is no escaping this, you need to open it or craft it if you want to play mech archetypes across any of the classes. 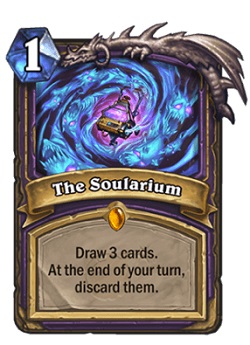 Card draw has always been a powerful mechanic in Hearthstone, and usually has a cost of around 1.5-mana per card drawn.

This is 3 cards for just 1-mana. Yes, they discard if you don’t use them, but there is a lot of potential for combos here in OTK or zoo Warlock decks. 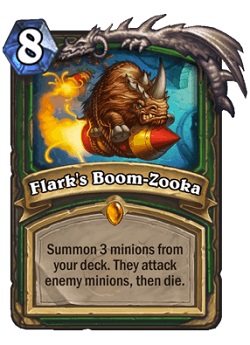 Flark’s Boom-Zooka is pretty nutty. You can summon and crash 3 big beasts in and resurrect them after, or crash some deathrattles in and keep the effects.

This card will be the center of new Hunter decks, if you like hunter – craft it.

I’ve seen some mixed opinions on this card, but the people who think it’s going to be broken make some compelling arguments.