The Knights of the Frozen Throne expansion has some interesting, and powerful legendaries.

The changes to pack openings now mean that we can’t rip open loads of duplicates, which is awesome.

But with 23 new legendaries, you will need to open almost 500 packs to pull 23 legendaries on average!

The best way to make as many competitive META decks with your budget is to dust the bad legendaries and craft the best legendaries.

Here are the best of the bunch from the new expansion – Knights of the Frozen Throne.

Best Knights of the Frozen Throne Legendary Cards to Craft 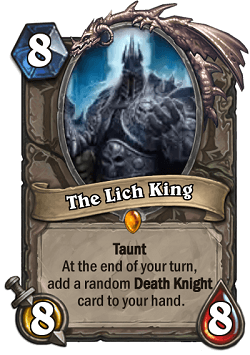 This guy had to be really strong, and it’s kind of nuts.

The Death Knight cards are incredibly strong, and the 8/8 for 8-mana is pretty decent.

It’s a better Ysera, can fit the Medivh slot if concerned about weapon removal, and will be a staple in a lot of decks – you need this card.

You can see all the Death Knight cards The Lich King generates here.

They made the Death Knights strong for most classes and almost all are playable. If you really like a certain class you can probably play the Death Knight and have a 50%+ win rate, here are the strongest of the bunch: 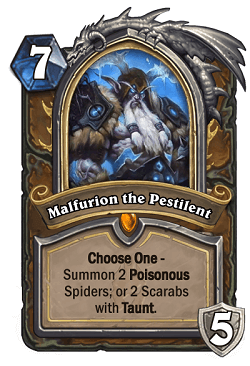 Druid received some powerful defensive tools in Knights of the Frozen Throne and this Death Knight may be the best of them all.

The Hero Power is +3 attack or + gain 3 armor, with the new taunt cards Druid is going to remain one of the top classes.

Uther of the Ebon Blade 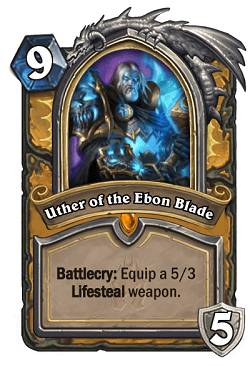 I love this card, it combines healing with an insanely powerful hero power and a bunch of fun.

If you play midrange or control Pally this is a must inclusion. 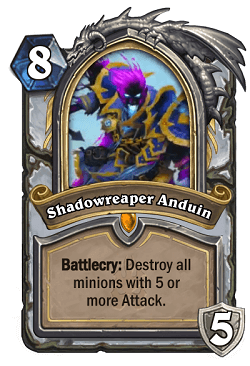 You will clear all the threats on board and add a hero power that does 2 damage. Synergies perfectly with the new lifesteal mechanic and pushes control Priest decks up a notch. 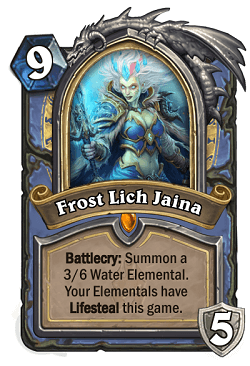 Producing Water Elementals with lifesteal in a class that needs healing and a little extra value in the longer games opens up some interesting deck building ideas for Mage. 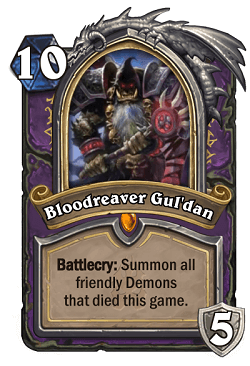 Warlock is back in this expansion, summoning all the demons that died in the game combined with some of the other new cards is insane.

With Death Knights being so powerful the class legendaries feel a little underwhelming.

Maybe that was a deliberate ploy on the designers part, maybe not. Either way, there are three that are really impactful and will be played for sure: 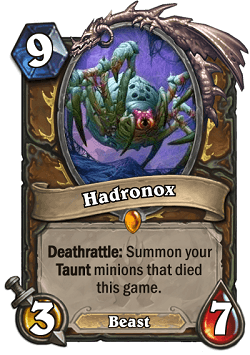 The blueprint for the strongest Druid archetype has been laid out for us by the cards released in this expansion.

It’s all about the taunts and being defensive with control archetypes.

So dropping Hadronox late game is a huge value play. 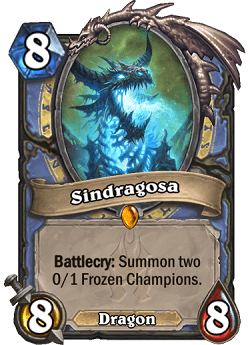 The tokens summoned by Sindragosa generate random legendaries, so combined with the Frost Lich Death Knight card you have a ton of value for control mage.

It’s a dragon too which is worth noting. 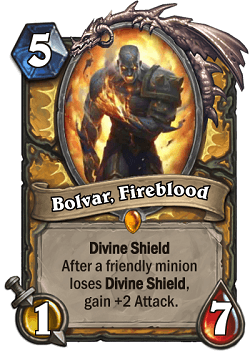 I think this is one of the sleepers of the set. For 5-mana and 7 health this guy will stick on board, then it’s just up to you to pop those shields.

Using this guy as a 5/7 or 7/7 isn’t going to be too hard, so a good inclusion in aggro/divine shield decks.