I hope you had plenty of luck opening your Mean Streets of Gadgetzan packs and landed plenty of legendaries. But having all the good legendaries is unlikely from packs and you will need to spend some dust.

I can’t be held accountable, but I can recommend some of the more important and powerful legendaries from the Mean Streets of Gadgetzan set.

Consider making any of these if you have enough dust: 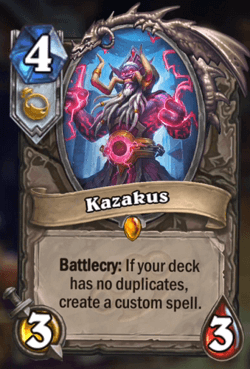 Kazakus  has been the most eagerly awaited card since it was unveiled at Blizzcon.

It brings a new mechanic to the game where you can build a custom spell, a very powerful custom spell too.

This is going to be one of the most fun cards, and will see play in all Reno builds. 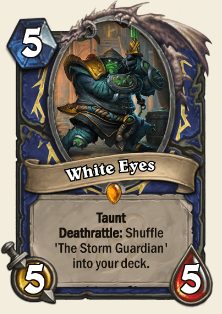 This is going to be a key card in all control decks, and may find its way into some midrange builds, we will have to see.

It’s certainly a very powerful card and deserves a place in your collection. 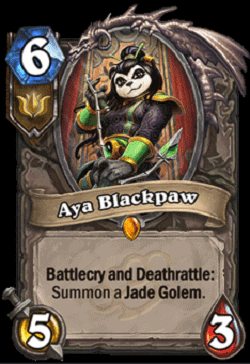 Aya Blackpaw is a must for all Jade Golem decks as she summons a Jade Golem with both her battlecry and deathrattle.

This is one of the most important cards of the MSG set. 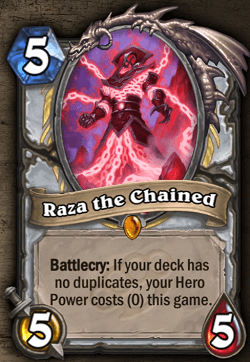 Most of the class legendaries were underwhelming, but the Shaman and Priest legendaries are pretty sweet.

Raza the Chained changes your hero power to zero cost for the remainder of the game if you have no duplicates (Reno Deck). 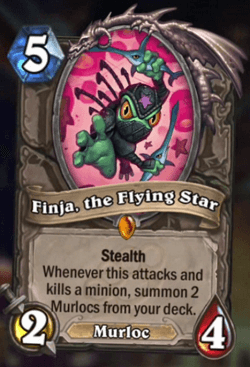 Murloc decks are so much fun, but they usually fall a little short of being decent. (Except Anyfin Paladin).

There have been a few new murloc cards with the new expansion and this legendary is the standout card.

I expect this card to find its way into a lot of different murloc decks so it’s worth crafting if you have the dust. 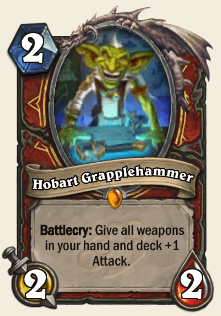 A 2/2 for 2 mana is nothing special, but a battlecry that gives all your weapons +1 attack is!

This guy is a staple in the Pirate Warrior decks causing havoc all over the ladder and brings a lot of value to any Warrior deck. 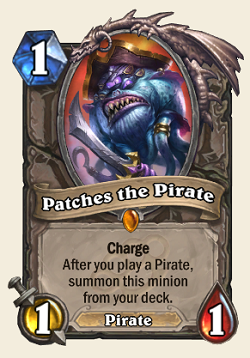 This one came as a little bit of a surprise, it’s only a 1/1 with charge after all.

But with the rest of the pirate cards that were released Patches is probably the most commonly seen legendary from the Mean Streets of Gadgetzan.

If you want to play pirates, you need this guy. He shoots out of a cannon when you play a pirate and starts charging face.