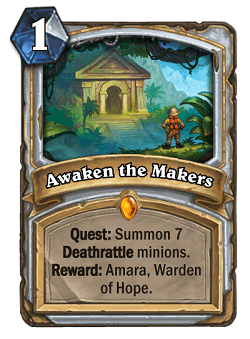 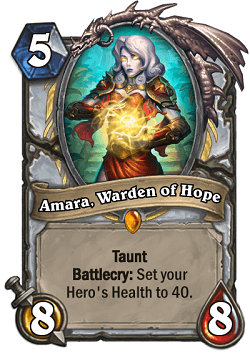 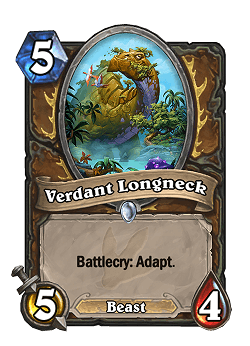 Another part of patch 7.1 is some additional ‘floors’ being added into the ladder system in ranked play.

Almost everyone reading this will have experienced skidding hard back down the ladder after putting in loads of hard work to climb a few ranks.

Skids down in rank happens due to an insane run of luck and bad RNG, testing a new deck, nerfs, but whatever the reason, it’s one of the most tilting and annoying parts of laddering.

‘Floors’ are ranks that once you pass you can no longer drop back down past these ranks. Currently, the only ‘floors’ are at rank 20, and the legend ranks.

After the next patch release floors will be added to the following ranks:

So now, once you hit these ranks you can experiment, change decks, or do whatever you want without being able to drop back down past the highest floor you’ve reached.

I like this change. It’s only a small change, but I think it’s a change for the better.

When the Shaman class got Spirit Claws as part of the One Night in Karazhan adventure it just added to their embarrassment of riches.

9 potential damage for 1-mana meant this card was an auto-include in all Shaman decks, and rolling a spell power totem has become an important part of play the class.

Well, Spirit Claws is finally going to get hit with the nerf hammer in patch 7.1 due for release around the end of Feb. It’s not a massive nerf, and my guess is that the card is still going to be played, however:

The winners will be playing in Winter Championships in the Bahamas, which is pretty cool. Plus, there are $25k prize pools for the prelims, so lots to play for.

You can watch all the action on the official Hearthstone Twitch channel here.

Some news has leaked today that the next Hearthstone expansion due for release within the next couple of months may be called: Lost Secrets of Un’Goro.

This is exciting for a few reasons. Everyone loves a bit of a spoiler, and the potential for a Dinosaur themed release is pretty cool.

The leak came from an artist – Lani Minella. She does voice snippets for Hearthstone cards and has listed some of the new cards and the expansion name on her resume.

Her complete resume is here, and the snippet showing the new card and expansion information is;

It will be a while before we know more no doubt. But theory crafting can start, and with Dinosaurs as a theme it opens up some interesting possibilities with Beasts in particular. 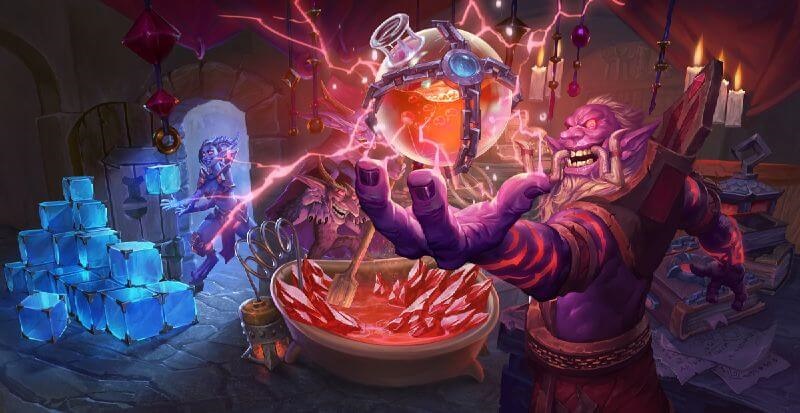 Kazakus is a tri-class legendary minion that’s part of the expansion Mean Streets of Gadgetzan due for release in December 2016.

The card is part of the tri-class Kabal faction, so it’s playable by Mage, Priest, and Warlock classes. The battlecry introduces a new mechanic to the game. opens up a series of custom spell options to allow you to make a custom spell.

By playing Kazakus you open up a series of custom spell options to allow you to make a custom spell. There are three parts to building the spell, choosing the mana cost, then adding two effects.

Here is a video released by Blizzard at Blizzcon 2016 showing the card in play.

As you can see, when you play Kazakus you have the option to choose between three cards. The higher the mana cost the more powerful the effect is. 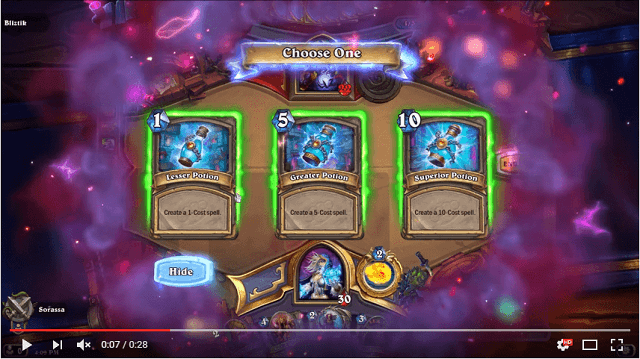 You’re then given three more options based on your first decision. If you choose a 10 mana card you have three 10 mana choices to add to the spell.

You can choose fro options that include doing x damage to minions, drawing cards, copy cards from your opponent’s deck, summoning minions that have died, and more. 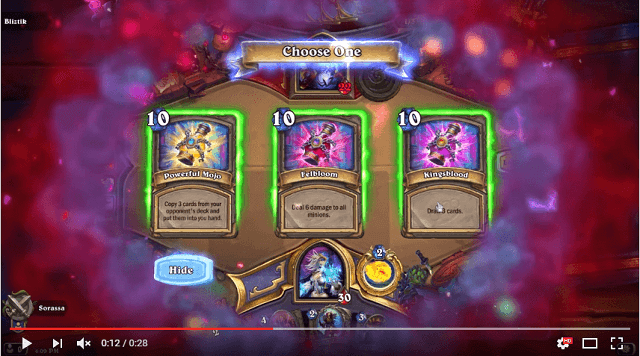 You are also given a second choice of three effects to add to the spell. This opens up a wide range of possibilities to help you deal with the current board state.

You can combine two different effects and do some crazy things, and it makes a lot of spells possible that we have previously not been able to do with these classes. 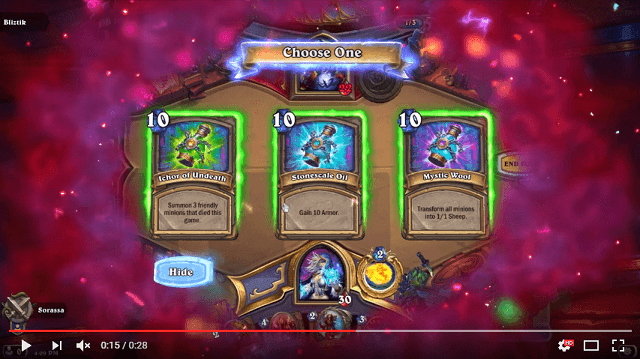 Kazakus Spells to Choose from

At the point of writing this, we know some of the spells that we will be able to choose from to make the Kazakus custom spells: 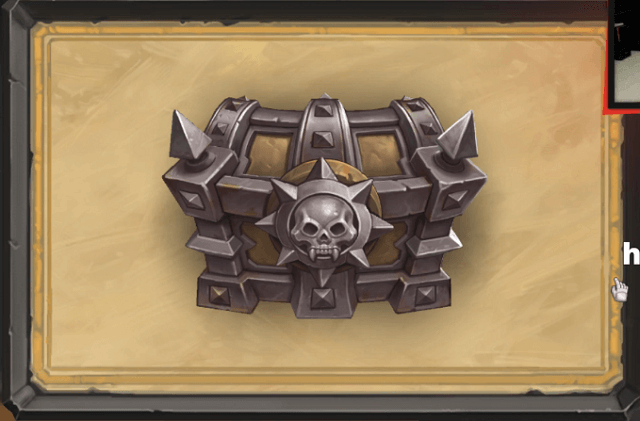 Here are some of reward screens for 12 wins in the Heroic Tavern Brawl, what are you waiting for – go get some! 🙂 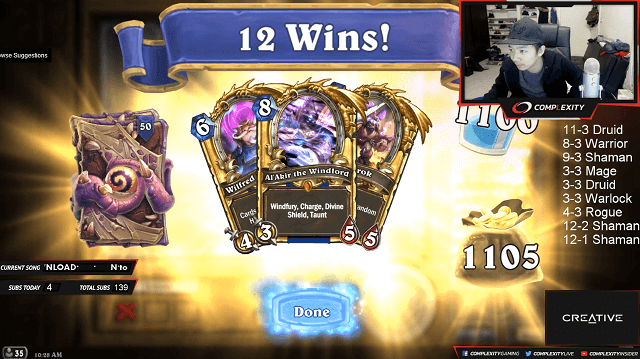 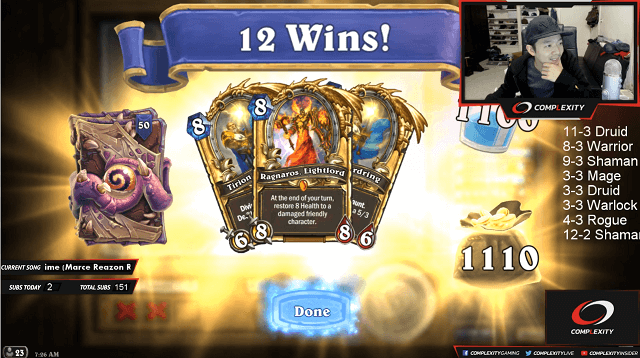 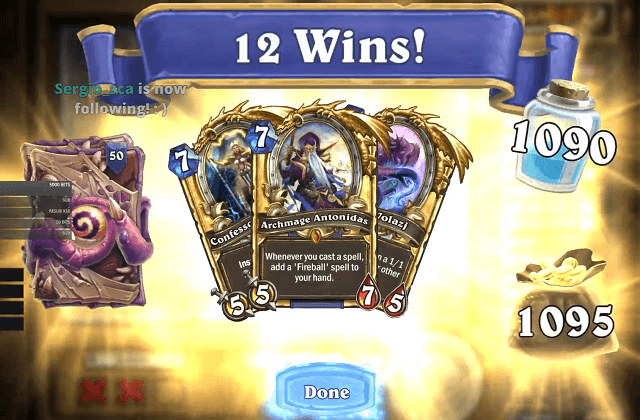 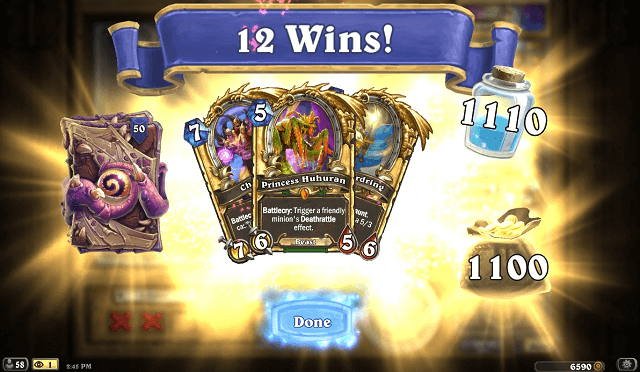 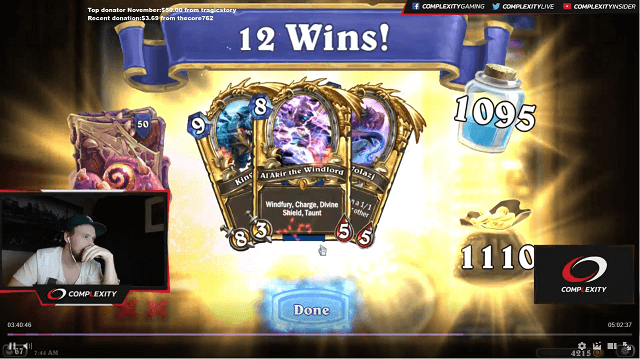 Here are his rewards for 11 wins:

2 x Golden Legendaries – Cho’gall and Mukla, Tyrant of the Vale 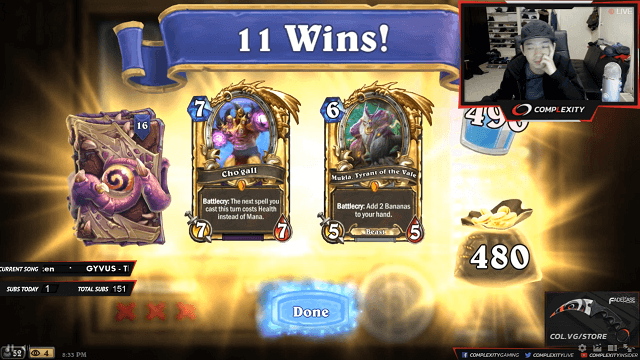