This the Thijs Card Review Mean Streets of Gadgetzan Part 1. It’s always interested to get an pro players insight into the new cards and how they think they will change the META.

Thijs always has really insightful views on cards. I like the way he looks at them to see how they can be played, in what type of decks, how new decks might be formed, etc.

With information being released about the latest Hearthstone expansion, Mean Streets of Gadgetzan, the introduction of tri-class cards into the game is pretty exciting.

But what are tri-class or multi-class cards in Hearthstone going to do? Simply put, these are cards that can be played by three of the classes.

The cards with this faction are playable by Hunter, Paladin, and Warrior.

The cards with this faction are playable by Mage, Priest, and Warlock.

The cards with this faction are playable by Druid, Rogue, and Shaman. 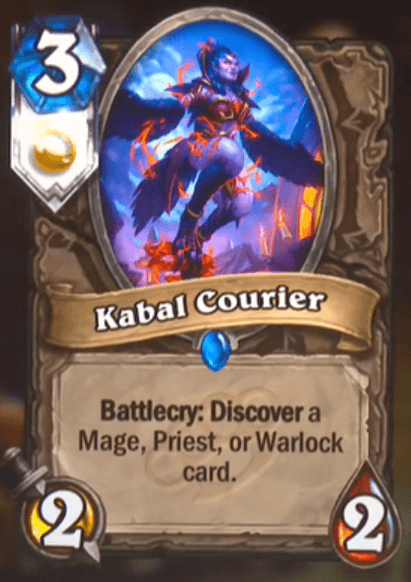 This is one of the examples we’ve been given a look at before the full release.

As you can see from the icon at the top left of the card, along with the card text, it’s playable by three classes.

This opens up some crazy new possibilities that we have not seen before.

Sure, Priest have Thoughtsteel to use cards from another class, and Warlocks can play Renounce Darkness, but being able to discover and choose a card is quite different.

As of right now the only release information we have for Mean Streets of Gadgetzan is ‘early December’.

I will update this post the moment the exact date is released. It’s typical of Blizzard to be a bit vague when first announcing a new expansion, so keep your eyes and ears open.

You can check out how much the pre-purchase packs cost here.

If you’re wondering how much will Mean Streets of Gadgetzan Cost – you can make the usual pre-purchase of 50 packs as with previous expansions. The pre-purchase price for the 50 packs in Australian dollars, American dollars, and British pounds are: 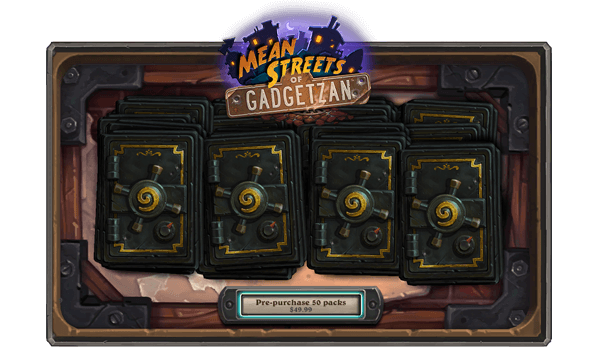 The expansion Mean Streets of Gadgetzan will be available in early December.

Blizzard made an exciting announcement this week about the upcoming tavern brawl. It’s going to be a ‘Heroic Tavern Brawl’, all the details of which are below:

What Is the Heroic Tavern Brawl?

Heroic Brawl will challenge even Hearthstone’s most experienced players as they vie for glory and in-game rewards! Participants will create a Standard deck from their existing card pool and lock it in before their first Heroic Brawl match. No changes can be made to your Heroic Brawl deck once you’ve locked it in, so be sure to do a bit of testing before you finalize your deck.

What Are the Rewards in the Heroic Tavern Brawl?

You can find a list of all the rewards here. As well as a closer look at the rewards for 12 wins here.

For Hearthstone’s best brawlers, 50 packs, a heap of Gold, piles of Arcane Dust, and three golden Legendaries sit at the end of the 12-win rainbow. The rewards are significantly different than what you have come to expect in the Arena, and the more games you win, the better they get. Are you ready to take on the best and brightest of competitive Hearthstone?

How Much Does It Cost to Play Heroic Tavern Brawl

Heroic Brawl lasts for only one normal Tavern Brawl week and has an entry fee of $9.99 USD or 1000 gold. You can participate in Heroic Brawl for a limited amount of completed runs. As mentioned above, Heroic Brawl rewards scale depending on how many wins you get, so be sure to do your best each run!

When Is Heroic Tavern Brawl Released and Playable For?

I’m Scared, What If I’m Not Good Enough or I Lose My Gold?

If you’re not ready to throw down during Heroic Brawl week, you can watch your friends Brawl with Spectator Mode or cheer on your favorite streamers as they go for the gold. We’ll return to our normal Tavern Brawl schedule after the conclusion of the Heroic Tavern Brawl week.

If you’re wondering what the rewards for getting 12 wins in the Heroic Tavern Brawl is, check the image below: 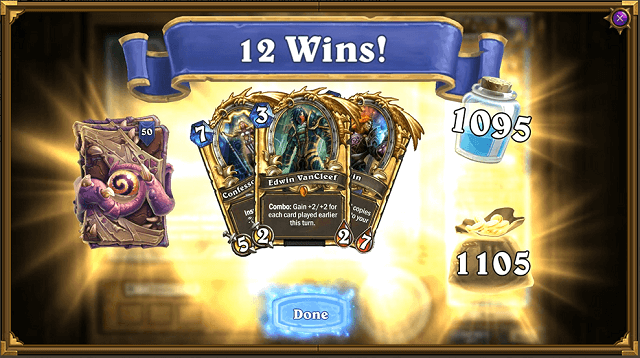 Pretty sweet, but it’s going to be incredibly difficult to get a 12 win run. You can see full list of rewards per wins here.

How Much Does It Cost to Enter the Heroic Tavern Brawl?

There are two ways to pay your way into a Heroic Tavern Brawl run:

You need to get the full 12 wins to make back the 1,000 gold you spent to get in. However, you only need 8 wins to make a profit overall.

If you were wondering, what are the Heroic Tavern Brawl rewards, below is a table showing you how much gold, dust, packs, and golden legendary cards you are awarded per how many wins you have: 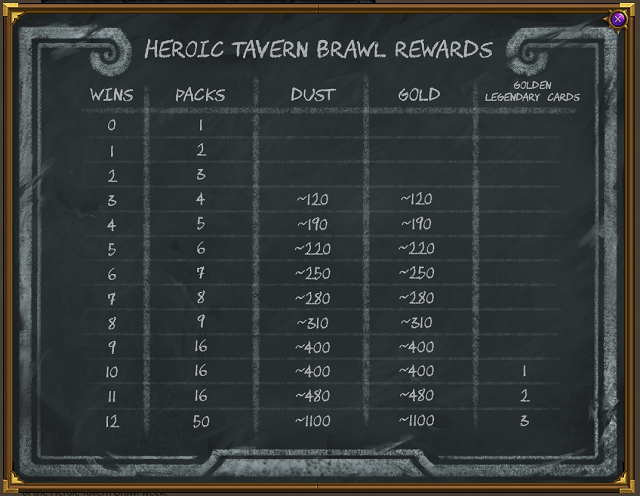 This weekend, the 8th October 2016 the 8 players who qualified for the Last Call Tournament will battle it out for a spot at Blizzcon and a chance to win some of that massive prize pool.

Here are all the details you need to know:

Players and Their Chosen Classes 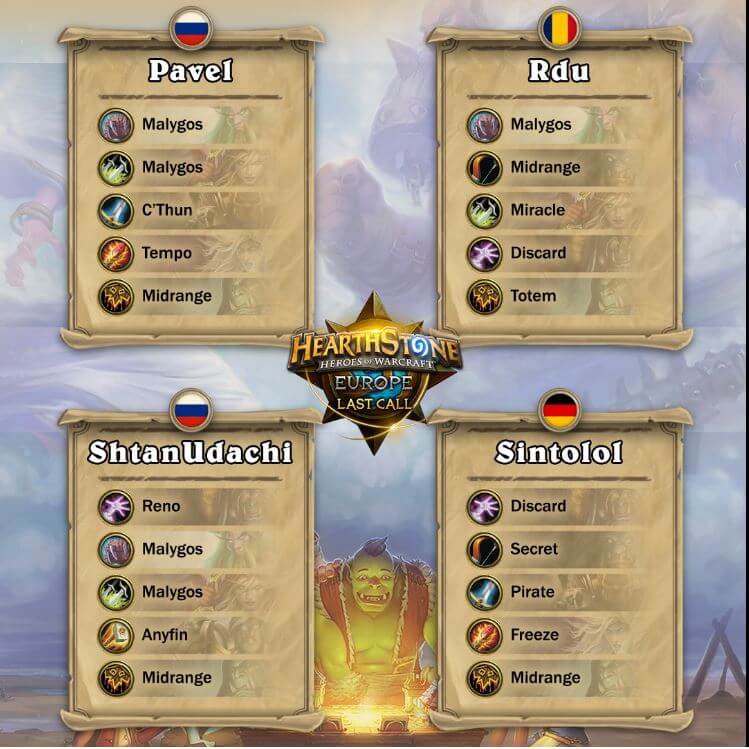 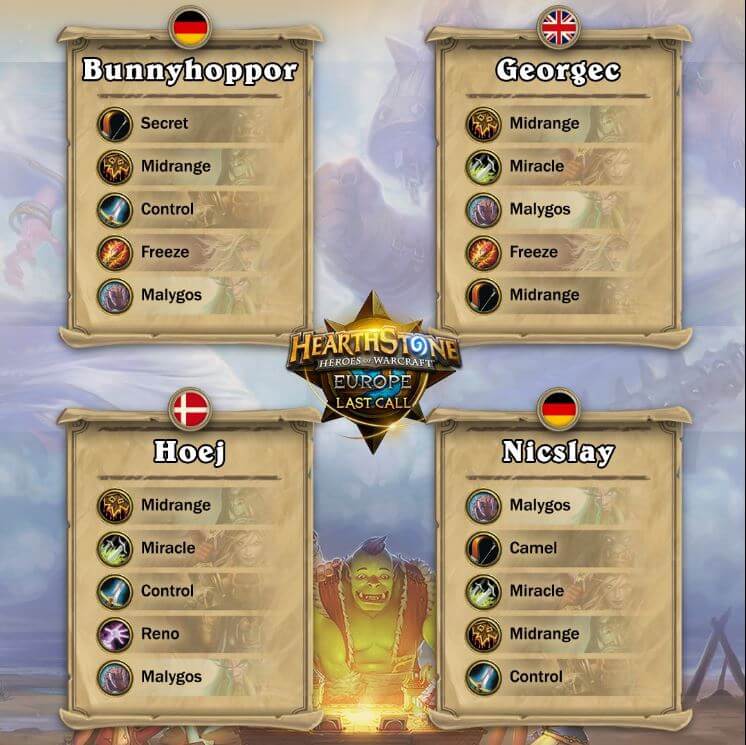 The English broadcast will be on the Hearthstone official Twitch channel here – PlayHearthstone.

Other players and channels will be hosting other languages:

Here are the top 8 that qualified and the amount of HCT points they have.

*DrHippi has already qualified for Blizzcon, so ShtanUdachi has taken his place as the next highest HCT point holder. 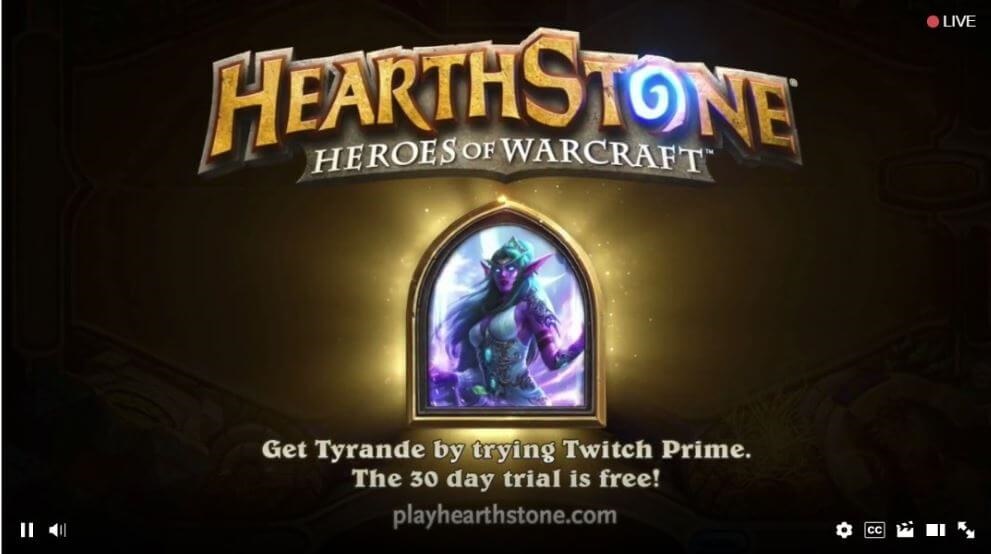 The news the community has been waiting for has been released! what you have to do to get the new Priest skin Tyrande Whisperwind.

All you have to do is try Twitch Prime. You can have a 30-day free trial, so this skin is accessible for everyone.

How to Get Priest Skin Tyrande by Trying Twitch Prime

How much does Twitch Prime Cost?

What Do You Get with Twitch Prime?

There are some pretty cool features to make your Twitch experience a lot more enjoyable: 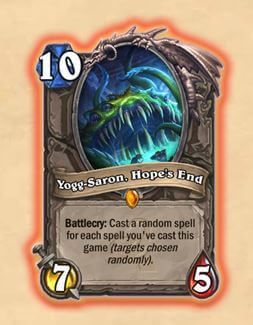