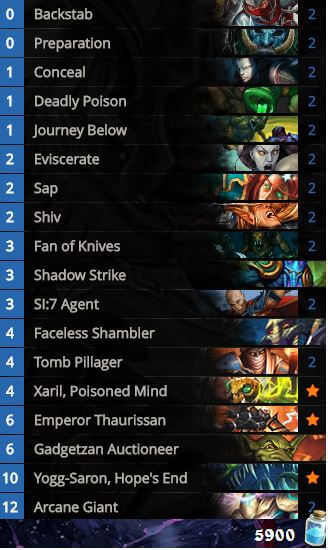 I know there are a lot of Forsen fans out there and he does play some interesting decks. This is the Forsen Arcane Giant Karazhan Yogg Rogue Deck he’s been playing on ladder.

It takes advantege of the new Arcane Giant’s that are usually able to be played for around 0 mana, as well as the Miracle Rogue mechanic to cycle through your deck for what you want.