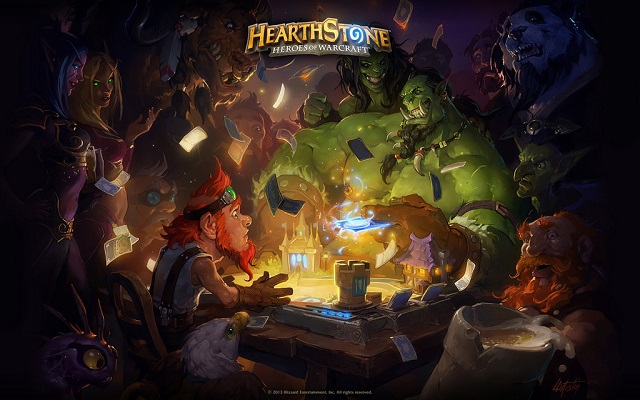 If you’re a fan of Hearthstone what better way to let everyone know than by wearing a Hearthstone shirt!

Let’s be honest, all those shirts with the Hearthstone logo in the middle are pretty boring.

I’ve had a good look around and found some funny and cool Hearthstone shirts on Amazon, have a look and see if any of these are what you’re looking for.

Even after being nerfed, Knife Juggler is still a popular card played in token and aggro decks and still a favorite of the HS community.

The Knife Juggler is known for his catchphrase, “Put this apple on your head.” Which is what is written on this t-shirt (in case you play without sound).

This shirt is a little different from the usual pack, but any Hearthstone fan will know exactly what it is.

This shirt uses another well-known piece of speech, “I feel icky,” as said by those annoying little 2-mana Leper Gnomes

I’ve seen people wearing this shirt at expos and Firesides. It’s cool art, another one for the hardcore HS fans.


Jinx Hearthstone Ysera ‘I Dream and the World Trembles’ Shirt

This is one for all the Ysera fans out there. The image of Ysera doesn’t look much like the HS card to be honest, but it’s a cool shirt.

As one of the best cards from the classic set, Ysera has been wrecking people since open beta so any Hearthstone player will know this one.


Jinx Hearthstone Evil Heckler ‘Your Mother Was a Murloc’ Shirt

This is a shirt based on one of the lesser known cards in HS, the Evil Heckler.

That 4-mana 5/4 that didn’t see much play, but had a piece of speech that people like to quote – ”Your mother was a murloc!”

It’s a cool shirt, don’t be surprised if random people ask you what it means. It’s a strange quote if you don’t know what it means.

This shirt is a bit bizarre, but it’s a cool looking shirt and I played a lot of exodia mage so it’s fine with me. Plus, that cartoon Antonidas is pretty cool.

It’s a parody of some firey cinnamon candy. Not sure exactly what I think of that, but it’s the best mage shirt out there.


Jinx Hearthstone Grim Patron ‘Everyone, Get in Here’ Shirt

I think people reading this will agree with me that there were few more annoying cards than Grim Patron. Not just because of the absurd power level, but the annoying trigger effect speech.

So, what better than to buy someone (or yourself) a shirt with that annoying phrase on to show your appreciation for the old Patron Warrior deck – ‘Everyone, get in here!’

Grim Patron may have rotated out to wild, but he will never be forgotten!