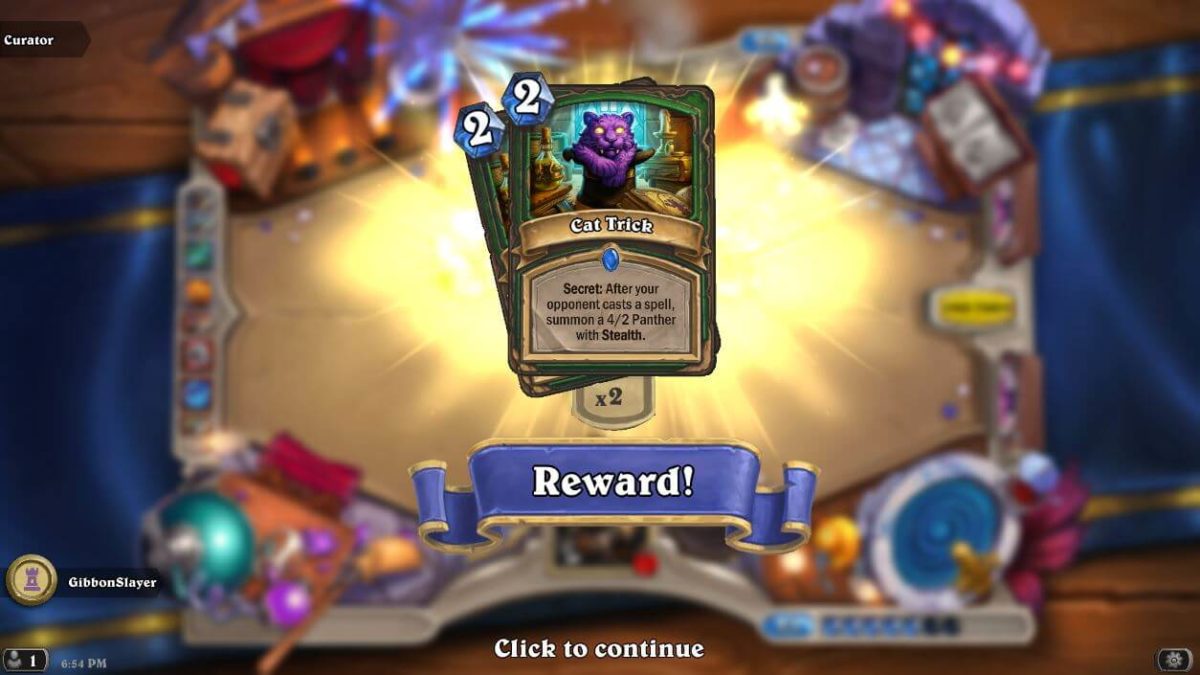 If you’re wondering how to get HS card Cat Trick – you have to complete the Mage Class Challenge in The Menagerie, the third wing in the adventure One Night in Karazhan. 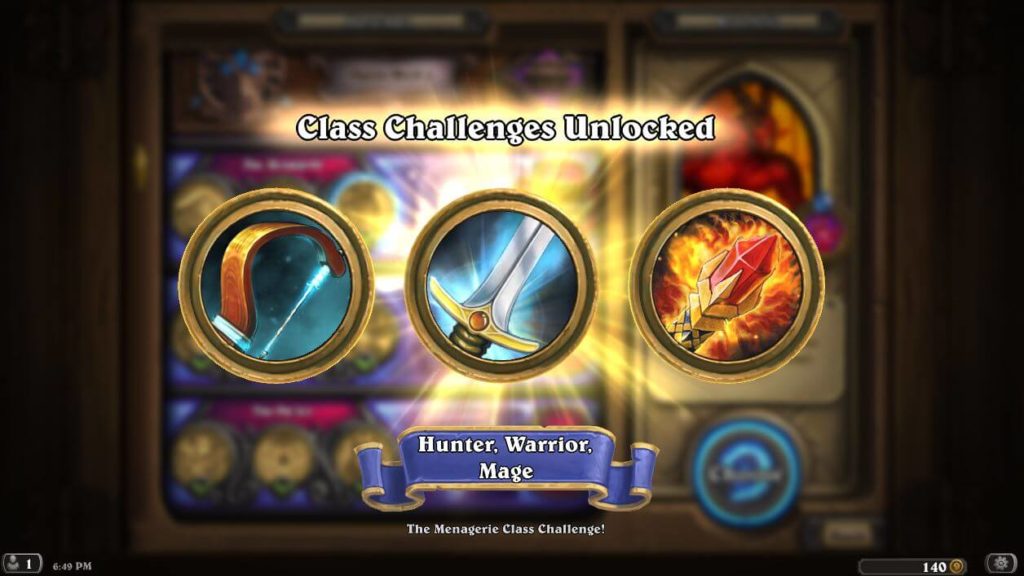 There are three class challenges as part of The Menagerie. Warrior, Mage, and Hunter.

The Hunter Challenge puts you in with the first boss – The Curator. The taunt really doesn’t do much for this boss, Hunter is all about the SMOrc and the face is the place anyway.

The secret drops a Cat in a Hat on the board.

Here is the little kitty on the board after the secret has been activated: 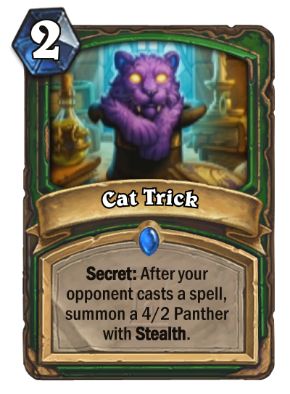 The card reads: Secret: After your opponent casts a spell, summon a 4/2 Panther with Stealth.

This is a really good Hunter Secret. It’s not really like your opponent can play around it either, they are going to have to cast a spell at some point, and a 4/2 stealth cat isn’t easy to deal with.

This is going to be in all the Cloaked Huntress Secret Hunter decks for sure.