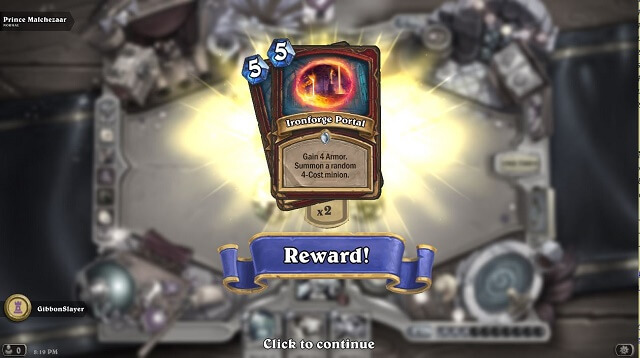 If you’re wondering how to get HS card Ironforge Portal – you have to complete the third boss called Free Medivh in the fourth wing of the One Night in Karazhan adventure called The Spire. 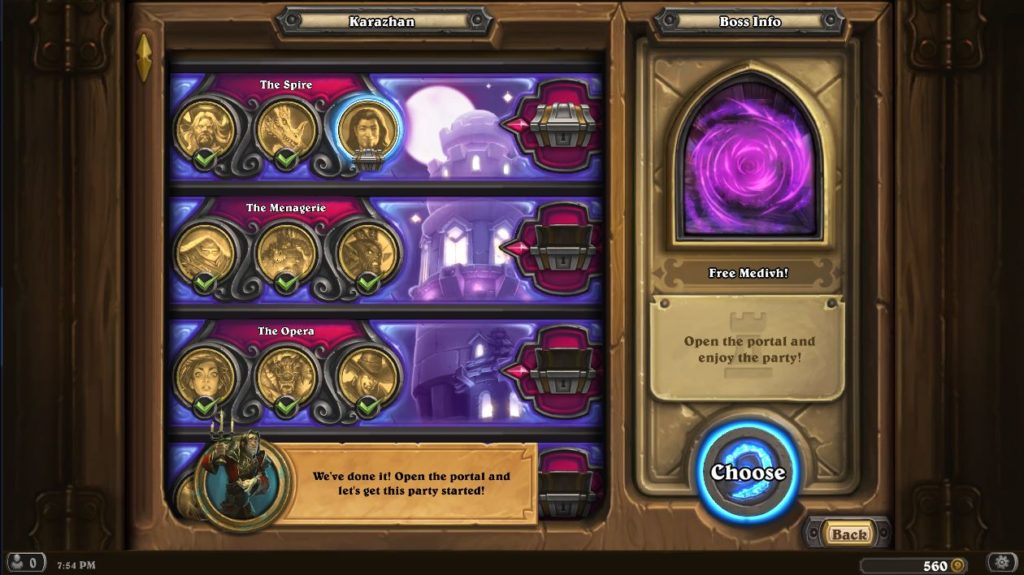 This boss battle is actually two bosses. The first boss is called Nazra Wildaxe, she pretty much juts goes face with weapons and her hero power summons 3/2 orcs. Kill her as soon as possible, but beware – the board will be cleared with a Twisting Nether after so don’t spam the board with minions.

The second boss is called Prince Malchezaar. You are given the Medivh, the Guardian’s weapon Atiesh so save your highest mana spells. You will need to summon large minions from the spells to beat him. 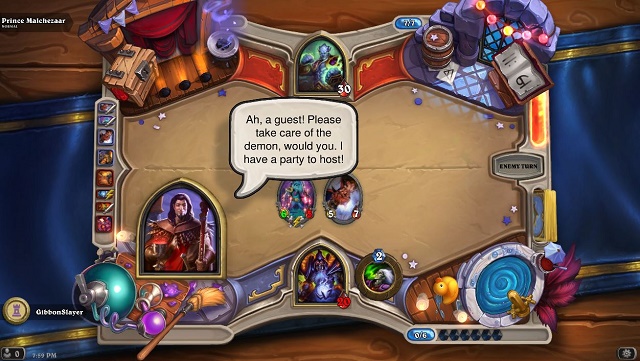 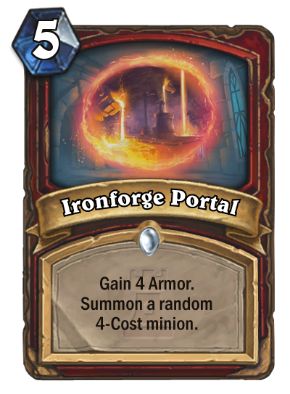 Another in the series of Portal cards, this time for Warrior. I think this will see play, it’s a better option than Shield Block in some Warrior decks.