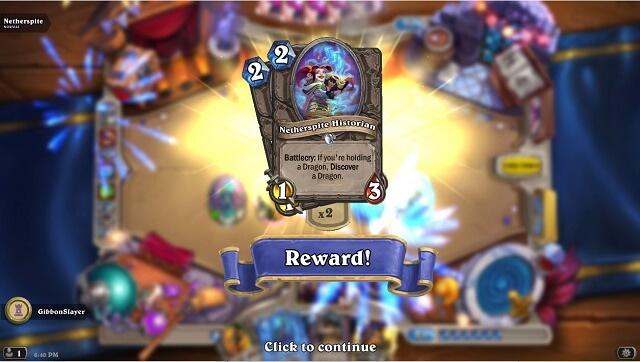 If you’re wondering how to get HS card Netherspite Historian – you have to complete the second boss called Netherspite in the fourth wing of the One Night in Karazhan adventure called The Spire. 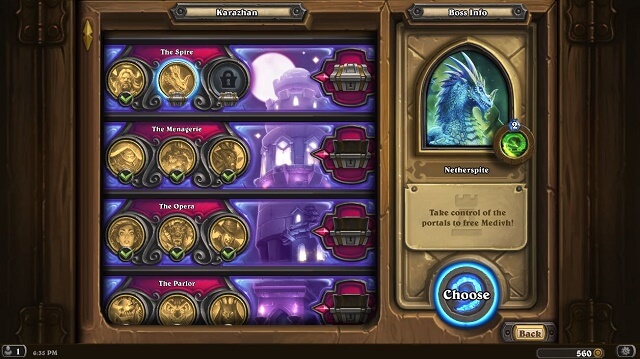 This is a fun boss battle. There are two portals on the board, a blue and a pink. Any minions you place on the right-hand side next to the blue portal will only take one damage per turn. While minions placed on the left next to the pink portal will have windfury.

So jam your big minions on the left to do double the damage, and put your buff minions on the right. You can complete this Boss with just about any budget deck I’m sure. 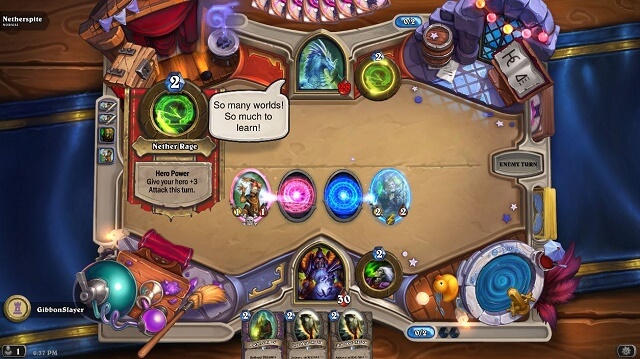 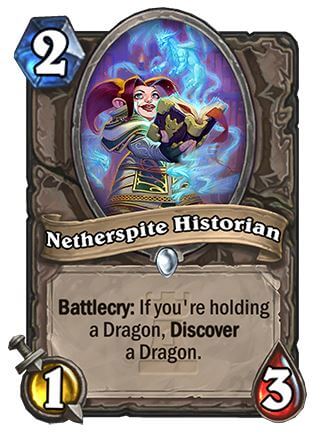 The card reads: Battlecry: If you’re holding a Dragon, Discover a Dragon.

Some more tools for the dragon decks, I think the ladder is going to be flooded with Dragon decks for a while, mostly Warrior, Paladin and Priest.

It’s a decent card, will be interesting to see if it’s strong enough to feature in decks long-term.