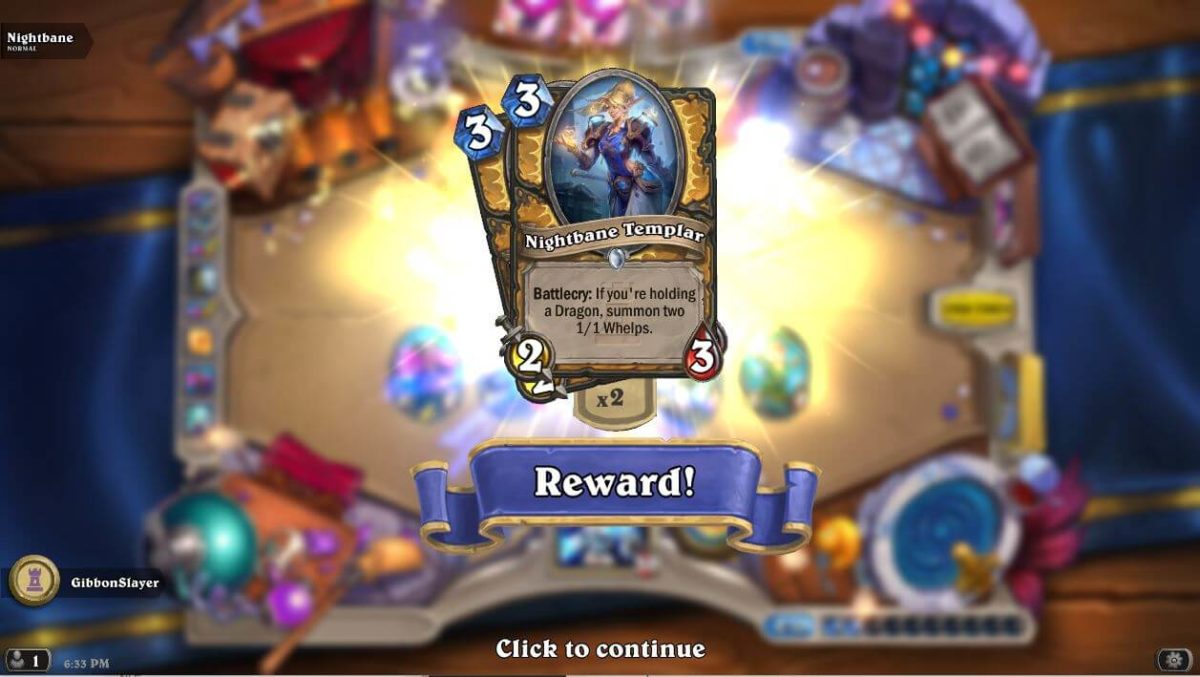 If you’re wondering how to get HS card Nightbane Templar – you have to complete the second boss called Nightbane in the third wing of the One Night in Karazhan adventure The Menagerie. 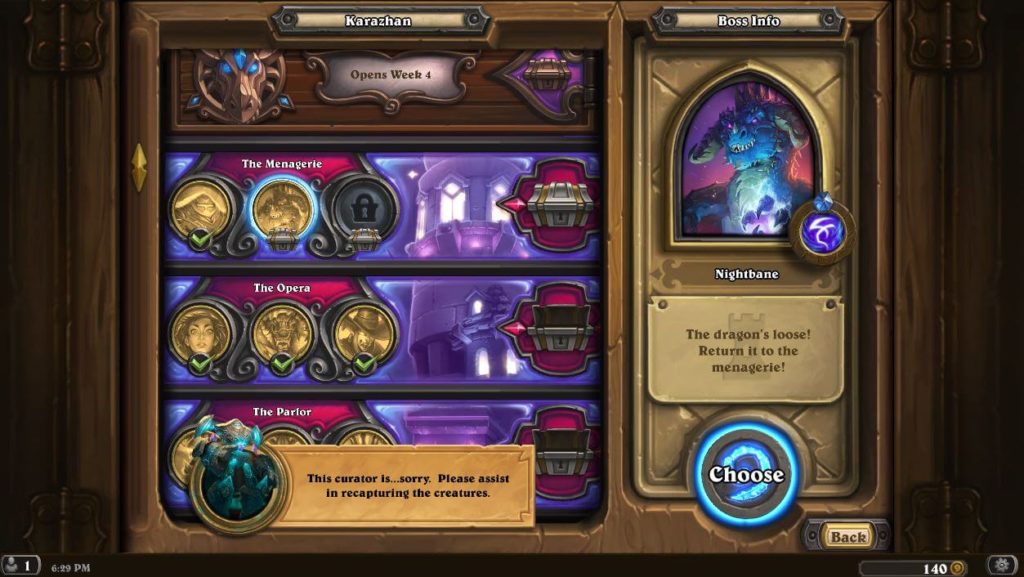 This boss is really fun, and easy. You start with 10 mana so you can drop some fatty minions on turn one and start pounding on the boss. 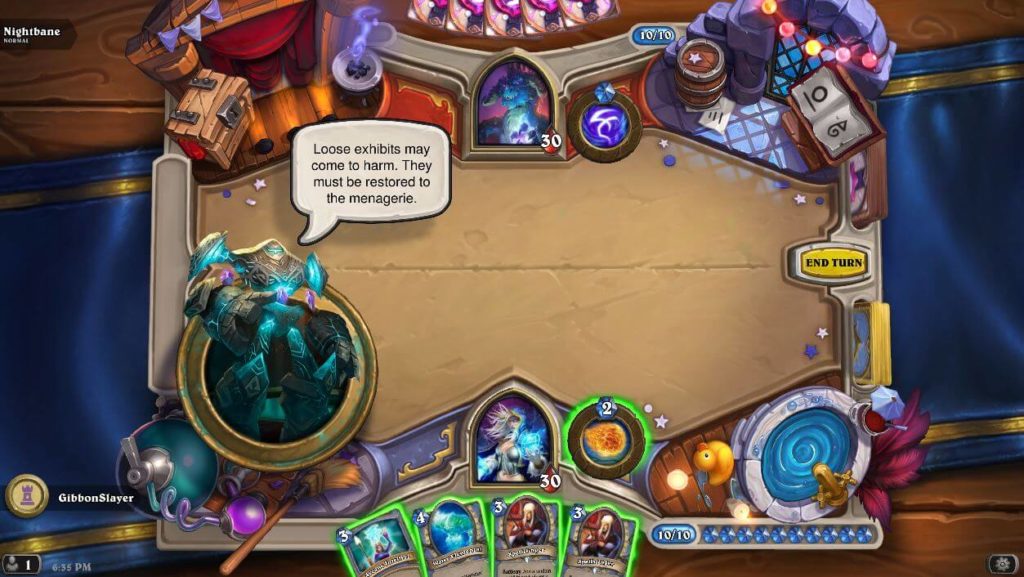 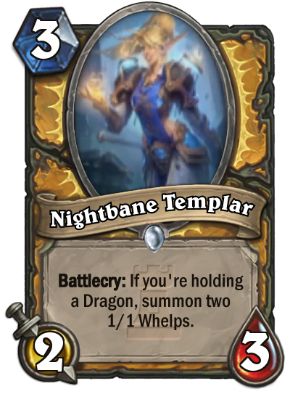 This is going to be a great card in aggressive Paladin decks that include Dragons. Good synergy with Darkshire Steward too.