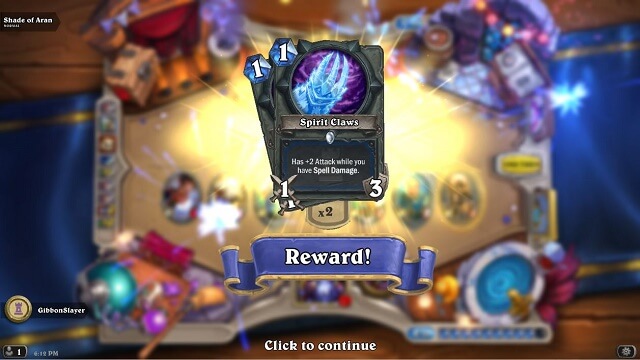 If you’re wondering how to get HS card Spirit Claws – you have to complete the first boss called Shade of Aran in the fourth wing of the One Night in Karazhan adventure called The Spire. 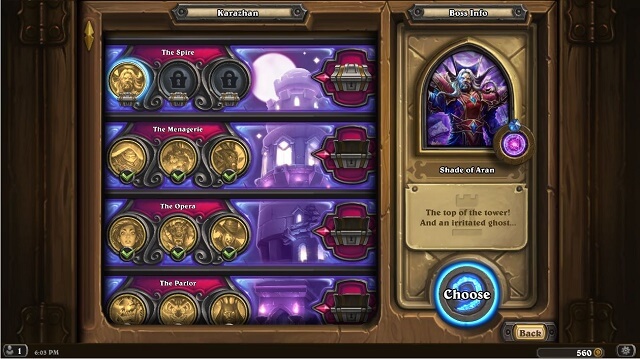 The bosses in the Karazhan adventure have been super-easy, and the Shade of Aran is no different. His hero power gives both players + 2 spell damage, so you can use a deck with spells to take advantage of this.

I just queued up my Zoolock and breezed right through him. 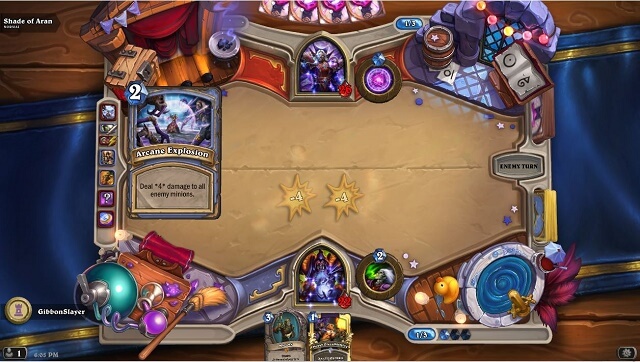 The card reads: Has +2 Attack while you have Spell Damage.

This is another interesting card from the new set that I think will see a lot of play.

You always have a chance of rolling a spell totem, or you can play spell damage minions then you have a 3/3 weapon for 1 mana!