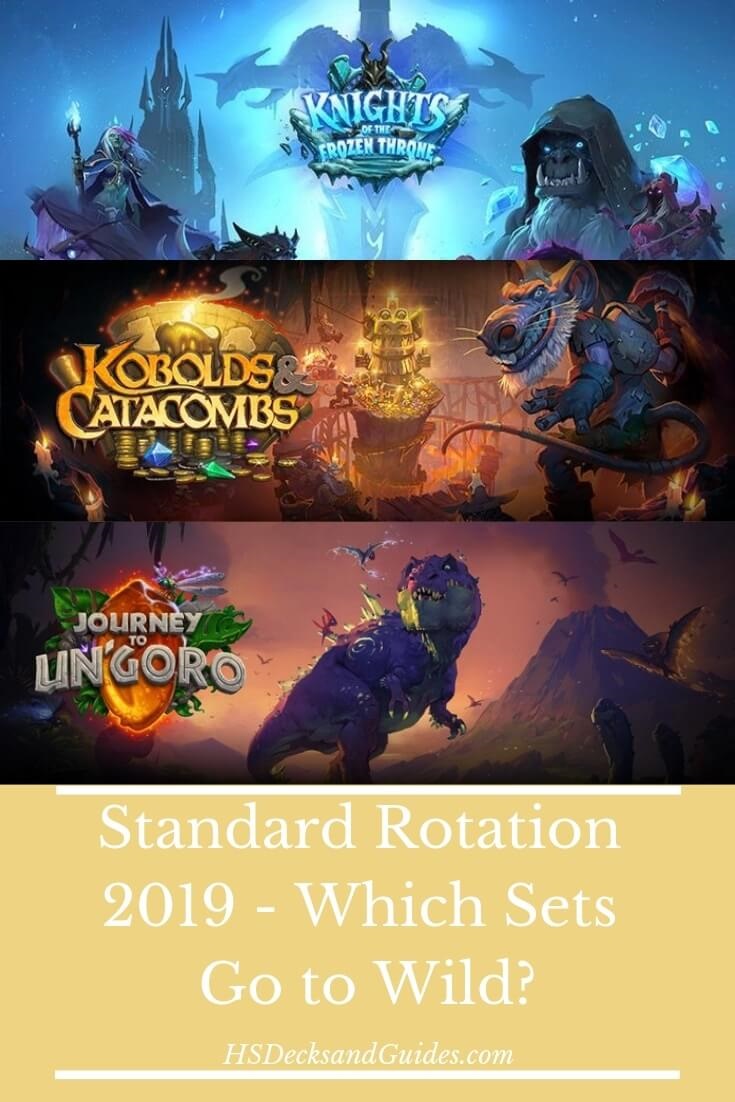 I’m sure most people reading this will agree that the next Hearthstone Standard Rotation 2019 can’t come soon enough.

The meta gets pretty stale towards the end of a standard years rotation. But don’t worry, not long to wait now – the Year of the Raven, which in April 2018 will be coming to an end in April 2019.

For those new to , basically what happens is that any expansions prior to the last 2 calendar years rotate out to make room for the last 2 years worth of expansions and future releases for the next year to work together.

This shifts the entire meta and creates a whole new list of decks, archetypes, the power level of classes change, everything is turned on its head – it’s awesome.

Here is everything you need to know about which sets are leaving, when we can expect the rotation to happen in 2019, and more.

Which Expansions / Sets Are Rotating out in 2019?

The three sets that will be leaving the standard pool of cards (they’ll still be available in Wild of course) are:

The most notible cards from the Journey to Un’Goro set that will be moving to Wild includes:

Knights of the Frozen Throne

The most notable cards from the Knights of the Frozen Throne set that will be moving to Wild includes:

The most notable cards from the Kobolds and Catacombs set that will be moving to Wild includes:

When Is the Standard Rotation for 2019?

We know that it will be when the first expansion for the year is released in April 2019. But at the time of writing we don’t know the exact date.

Previous expansions in April have been the 1st, 2nd, and 3rd weeks, so it’s really hard to predict the exact date of release.

All we can hope for is that it’s sooner rather than later. The meta has become really stale, Hunter is way too strong and oppressive, and a shake up of the card pool makes the game much more interesting and fun for everyone!