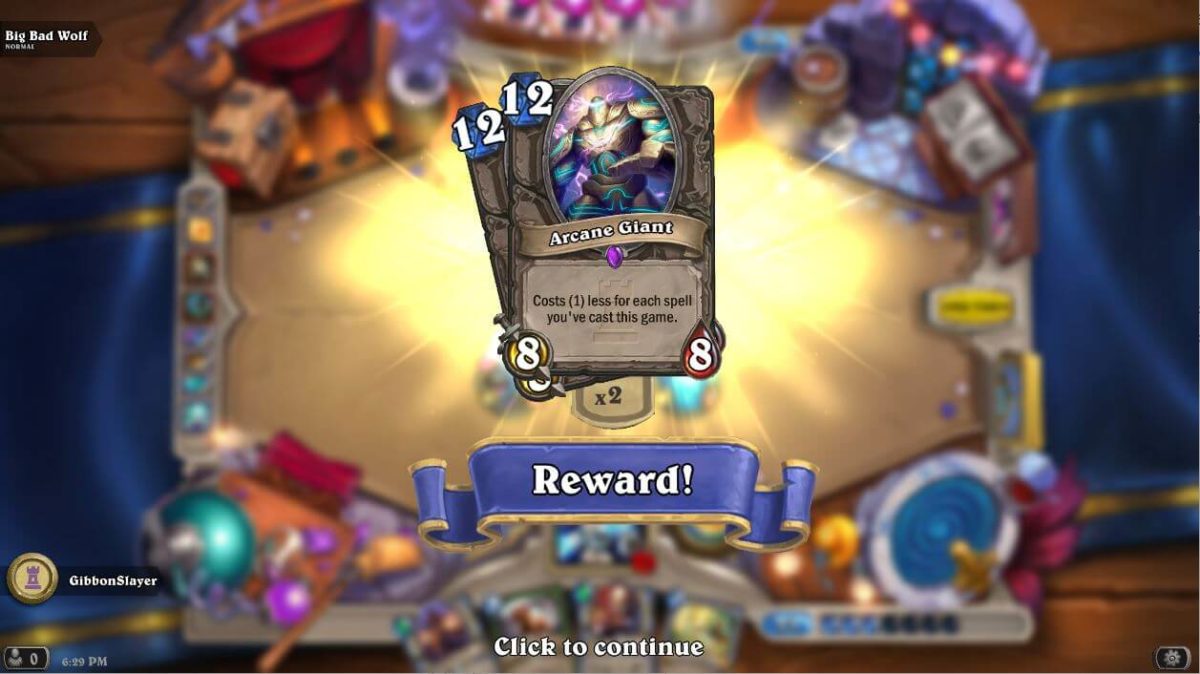 If you want to know how to get HS card Arcane Giant it’s simple, you just need to complete the second boss in The Opera wing of the adventure One Night in Karazhan.

The second boss in The Opera is the Big Bad Wolf. It’s a fun battle, you get all your cards reduced to 1 mana and 1/1 stats, but this just makes it even easier to win by playing lots of cards.

The Opera is a fun wing. The battles a little too easy, but it’s designed to allow people with basic cards to get through it. The heroic mode is really difficult if you want a challenge. 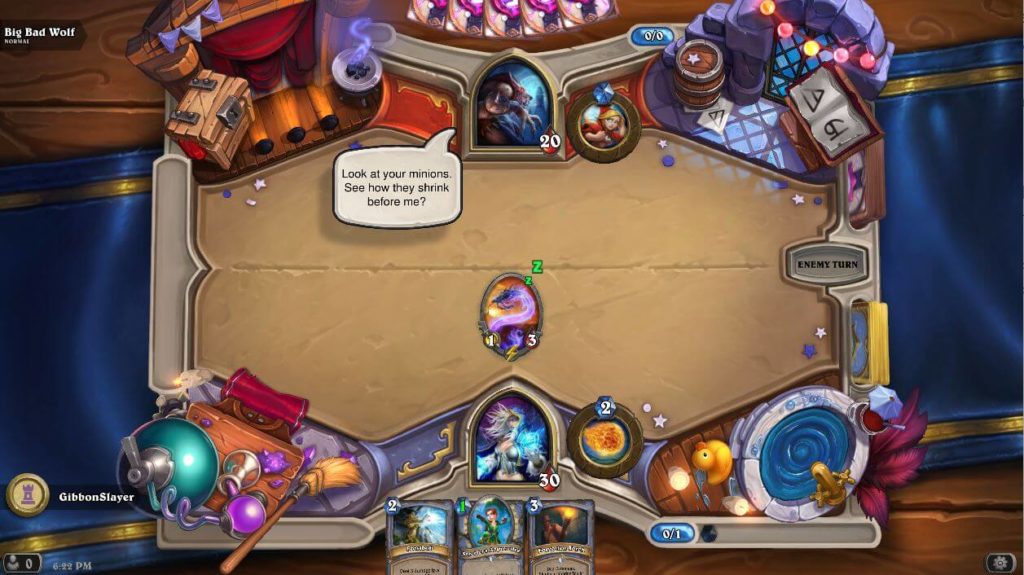 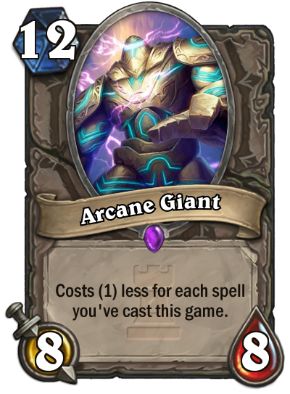 The card reads: Costs (1) less for each spell you’ve cast this game.

This is one of, if not the best giants. All the others can be tricky to reduce and activate, while a spell-heavy deck is always going to reduce this card massively for you.

A great card, and being neutral it will see play in lots of different decks.