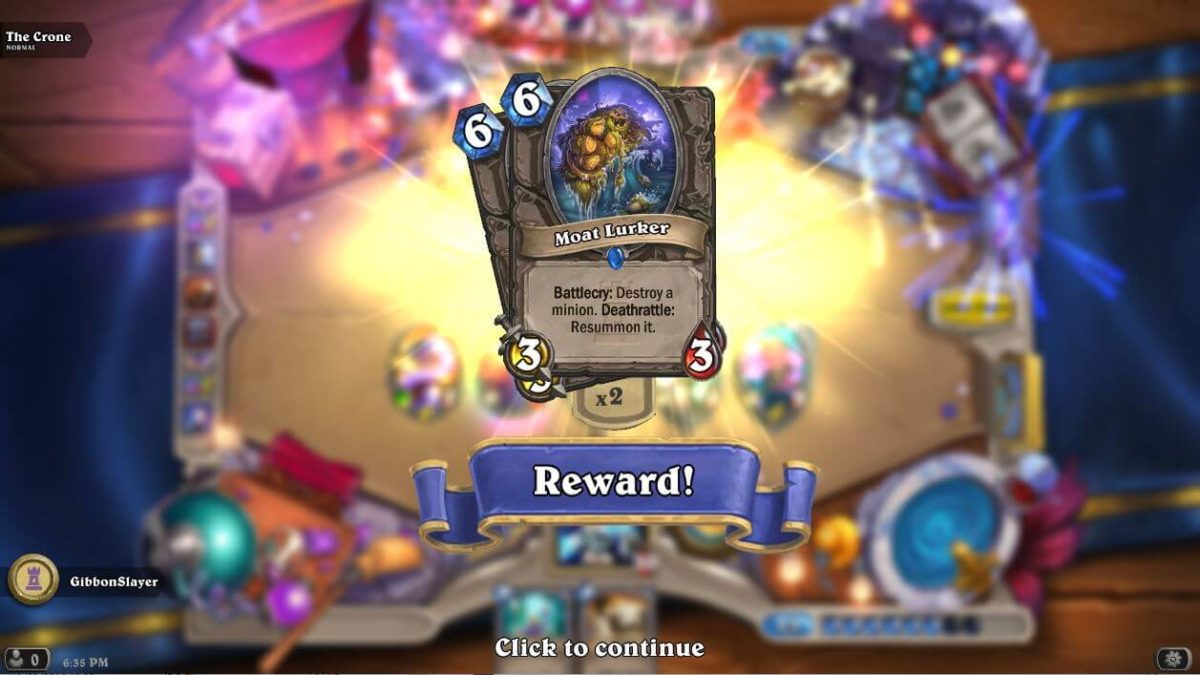 This is how to get HS card Moat Lurker by defeating the third boss in The Opera, The Crone. This is wing, or week two of the adventure. It’s another fun battle and carries on the storyline, and on normal mode it’s way too easy so don’t worry.

I finished off this boss on my first attempt with a Tempo Mage deck using mostly basic minions, so it must be easy. Minions you play to the left of the unit on the board have charge, and minions on the right have taunt.

Just use big minions as taunts, and attack minions on the left to charge. Throw lots of spells at the incoming minions and you’ll be done in a few turns. 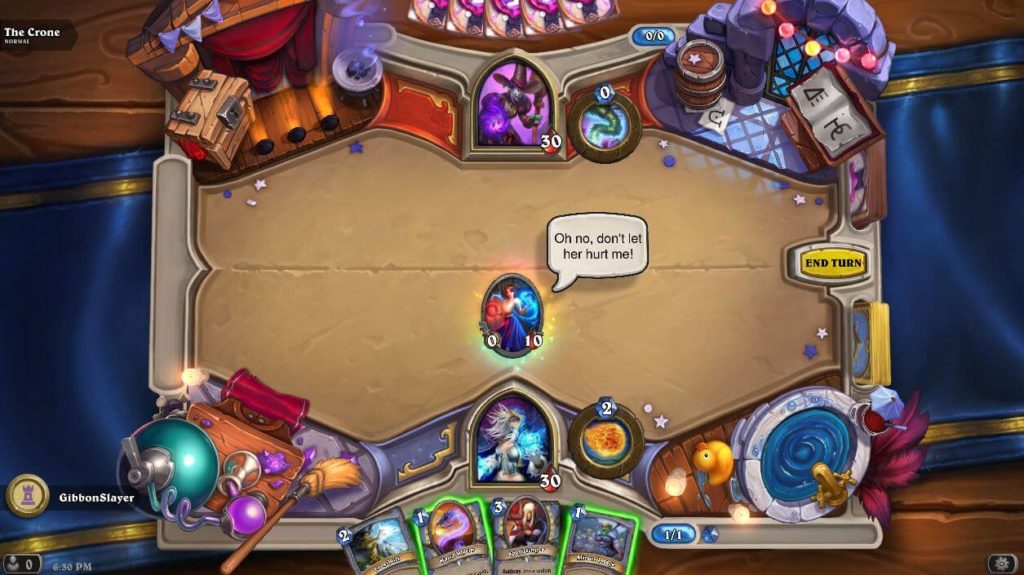 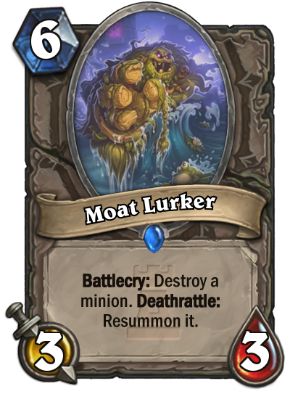 This card removes a minion on either your side of the board, or your opponents. Then when it dies the minion returns.

So you can either use it to effectively heal one of your minions. Or destroy one of your opponents for tempo. How about using Purify on the card after destroying an enemy minion 🙂