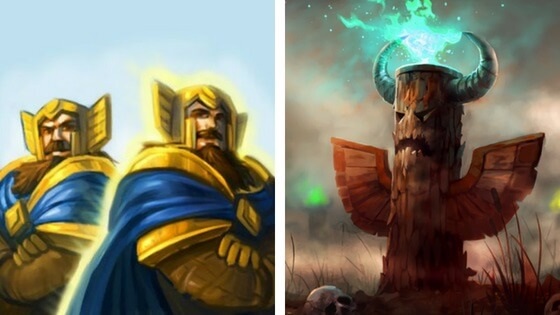 But, there are loads of tier lists, so which tier list is the best for Hearthstone?

In my opinion, it’s the HSReplay tier list. This is because this is the tier list that’s updated most often with real stats collected from games.

So, heading into the July season here is how the tier list looks and which are the strongest decks if you want to give yourself the best possible chance of queuing favorable matchups:

It’s no surprise to see Odd Paladin and Even Shaman locking down the tier 1 spots still.

The meta hasn’t changed in a while and both of these decks have mostly favorable matchups across the board.

They are aggressive enough and grab the board early to overpower other aggro decks, and can refill after control decks heal or use their AOE spells and keep the damage coming.

56% and 55% win rates respectively might not sound that impressive, but these are really high win rates when you look behind the data.

You can’t take these win rates at face value. If you play well and tech for the meta you should have at least a 60% win rate with either deck. 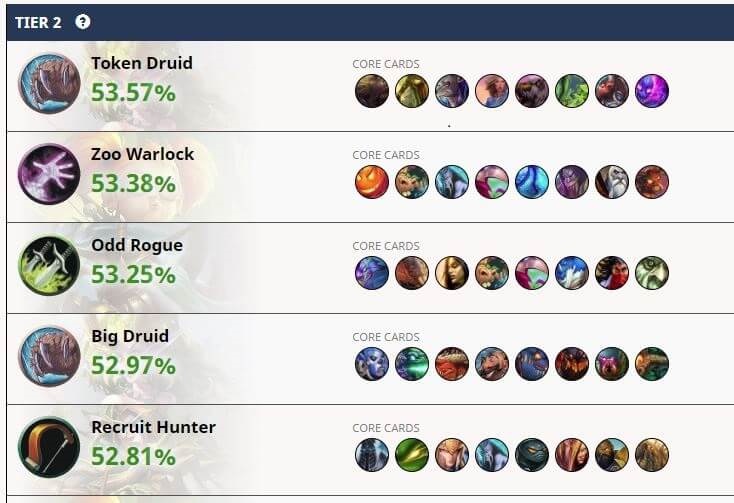 Tier 2 is topped off with aggressive decks too.

I keep hearing people complaining about the meta being too slow and control decks like Taunt Druid and Even Warlock being too strong – well the stats disagree.

Zoo Warlock has had the biggest jump in popularity and power-level over the last few weeks.

There are a few different builds to choose from and it’s a really solid well-rounded aggro deck to try if you haven’t played it in a while.

How to Counter the Top Tier Meta Decks

I always prefer to counter the meta than jump on one of the top decks and face a load of mirrors.

Quest Warrior and Control Priest are great decks to deal with aggro. Quest Warrior in particular has a really easy time with both Odd Paladin and Even Shaman.

You can also tech the top tier decks to win against other similar decks.

This is why we’ve started to see cards like Void Ripper and Boisterous Bard sneaking into Odd Pally lists.

Being able to flip the stats on a board or add +1 health to your minions can swing a mirror match or aggro opponent.

I’ve been running two Void Rippers, they are actually really strong vs Druids to clear Spreading Plague, as well as other large taunts like Sleep Dragon or an early Tar Creeper.