As with all the Hearthstone expansions, there are some legendaries that you just don’t want to see being ripped from a pack if you’re tiring to land the good legendaries.

Some legendaries are best being disenchanted to dust as they will never see competitive play.

Here are the worst legendaries from the Kobolds and Catacombs expansion that you should dust as soon as you open them and craft some of the better cards from the set:

Which Kobolds and Catacombs Legendaries to Dust? 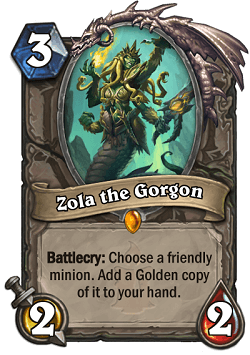 Zola the Gorgon is under statted for its cost, and the battlecry of adding a golden copy of a friendly minion to your hand isn’t strong enough to justify putting this in many decks.

The golden part aside, it can be useful to recall certain cards with a good battlecry.

But it’s not going to find its way into enough decks to make it worth keeping. 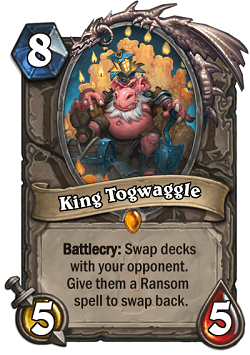 King Togwaggle is the meme card of the set.

There are almost no situations where swapping decks with your opponent, and giving them a card to swap back is a strong play.

Dust him up and craft something playable. 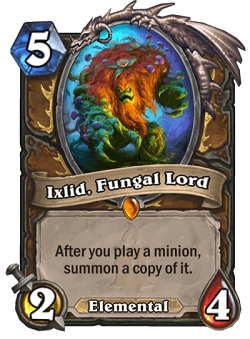 Ixlid, Fungal Lord has a powerful effect..but it’s way too slow and costs too much mana to pull off reliably.

Playing this minion on curve is too weak. Holding it later game means less mana for the following cards.

It’s not going to see play. 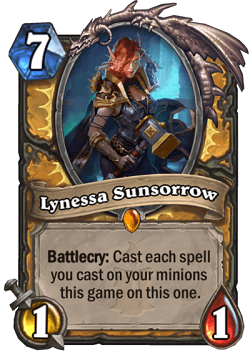 The dream of buffing minions, playing the Paladin quest and then summoning Lynessa as a supremely powerful minion with all the buffs is just that… a dream.

It’s too expensive, too slow, takes too much sequential planning, and will just get silenced. 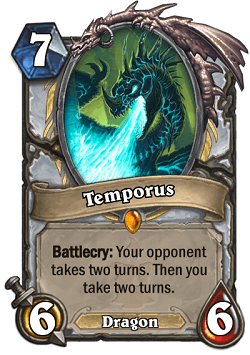 Give your opponent two turns at your own peril! 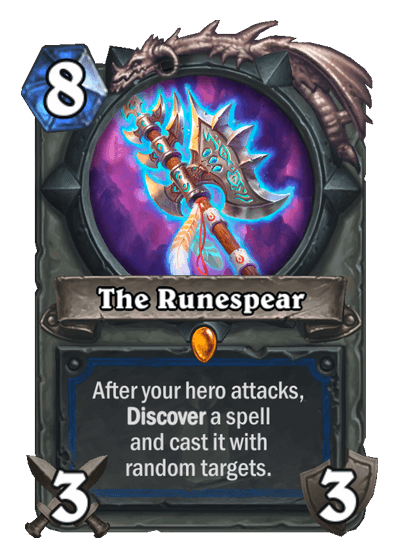 Paying 8 mana for a 3 damage weapon and the potential to whiff on a spell doesn’t seem like the best use of 8 mana, does it? 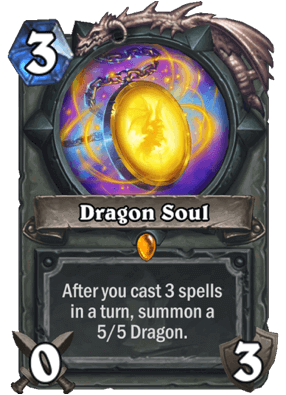 I think Blizzard has missed the mark on this one by a long way – at least with the cards we have available right now.

Using a slot for this card, chaining 3 spells together in a turn, and getting a 5/5 dragon as a result isn’t a game-winning play.

It’s not good for tempo, isn’t enough value for control – dust it up!