The first card released from the kobolds and catacombs expansion and given to everyone for free is Marin the Fox.

It’s an interesting card. Not a META breaker by any means, but has a place in some decks and the treasures are really strong if you can bust the chest and get your hands on them. 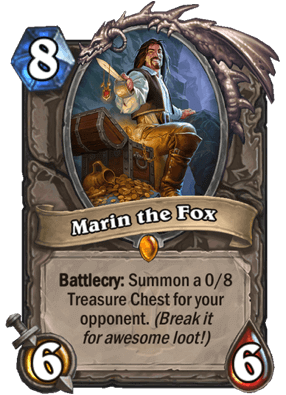 When you play Marin the Fox a treasure box appears on your opponent’s side of the board with 8 health. 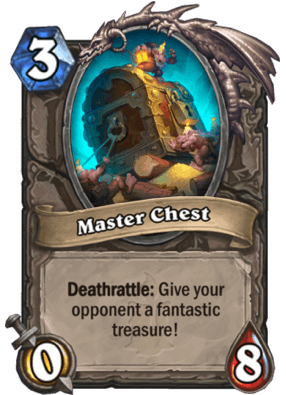 Once you destroy the treasure you get 1 of the following cards randomly added to your hand: 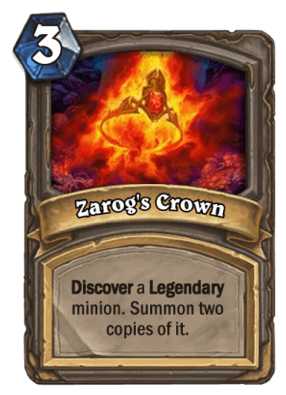 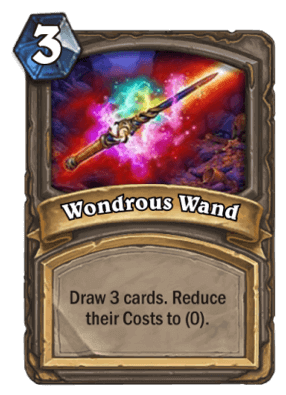 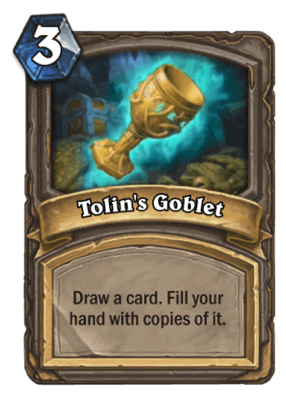 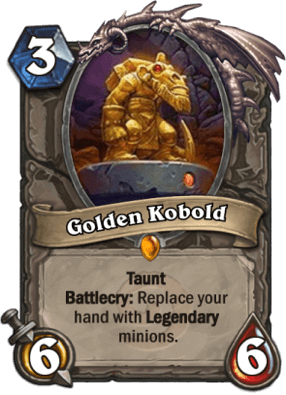 The Golden Kobold is a bit RNG heavy and can cause you as many problems as it can help sometimes.

The Zarog’s Crown is insane value for 3-mana. As long as you’re not facing down lethal this is almost always a strong play.

The Wondrous Wand is another really powerful card for 3-mana. I’ve won plenty of games from behind with this one.

The Tolin’s Goblet is OK in most situations. Not as strong as the Crown or the Wand unless you draw something really relevant.