The final 16 competitors will be playing for a pretty large prize pool of money at Blizzcon this year.  There is a total of $1,000,000 in the pool. Yes, that’s one million dollars!

The split across the players as they finish is as follows: 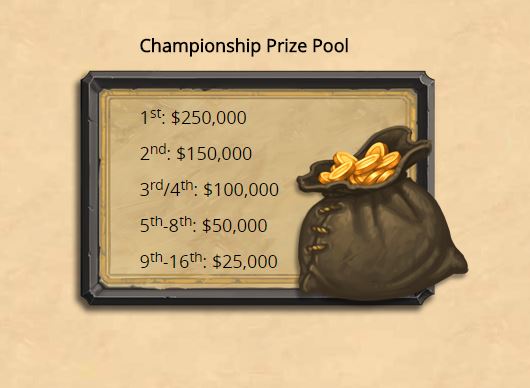 If that isn’t incentive enough for you to take Hearthstone a lot more seriously next year, I don’t know what is.

The games will start being played in the opening week of Blizzcon between October 26-30th 2016. Each day there will be four matches, one from each group of players.

The bracket stage starts on the 4th of November, with the final matches being on the 5th as follows:

You can keep up-to-date on the official Blizzcon pages at Battlenet.