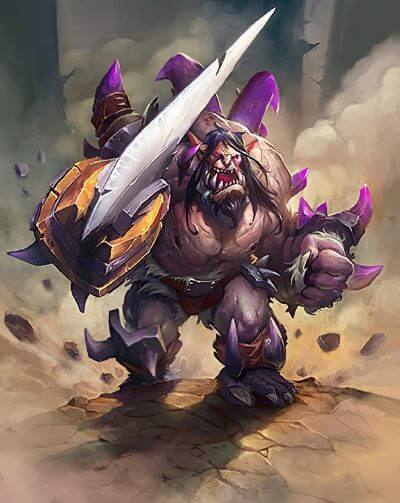 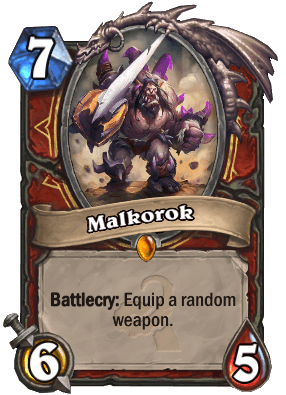 Malkorok is an awesome card that came out of the Whisper of the Old God’s expansion. As you can see on the card, when you play Malkork you equip a random weapon. So, what are the Malkorok weapons and chance to get each of them?

There is some RNG involved and it’s out of your hands which weapon you will get. But you should make yourself aware of all the weapons, and the chance of equipping each.

Malkorok Weapons and Chance to Get Each

The math is pretty simple. There are 20 weapons currently available in the Standard format – so that means you have a 5% of equipping any of the weapons.

Here is a complete list of Hearthstone weapon cards grouped by how good they are.

Here are some of the weapons you will always thank RNGesus for giving you. They are great value for basically 0 mana.

Here are some of the weapons that are still good value and will probably swing the tempo more in your favor.

Here are some weapons that will not do much for you, but still not bad as a random equip along with the Malkorok body.

This is the weapon you dread seeing. There is always a good chance it will lose you the game. It’s the price you pay for rolling the dice, sometimes you may chose not to play Malkorok if you’re low on health, or have another weapon ready to equip over the top of this.

The offending weapon in question: 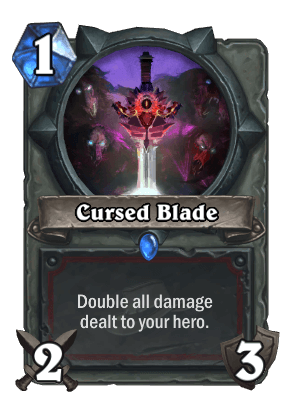