There has been a lot of talk about finding a ‘Unicorn Priest Deck’, after Lead Developer Ben Brode sent out a Tweet saying there are probably good Priest decks still undiscovered.

This was taken out of context, and out of control. With a lot of players assuming there is a Tier one Priest deck out there that hasn’t been discovered yet. 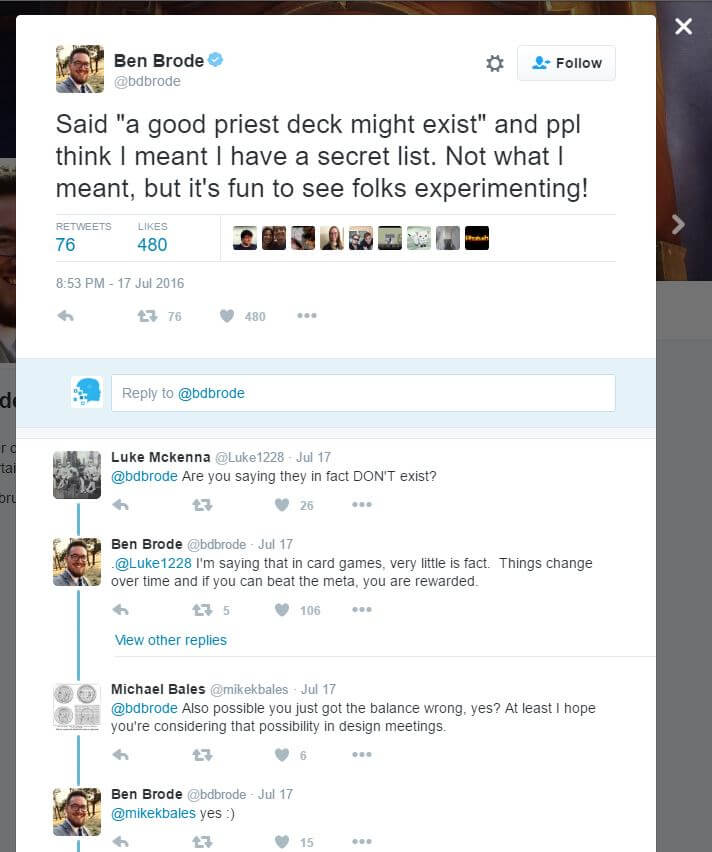 On a positive note, this encouraged a lot of players to test different Priest builds. With the new card Priest of the Feast being released in Wing One of One Night in Karazhan, there have also been some new and interesting decks.

So, in search of the unicorn Priest deck that’s going to change the META, check out these strong lists. All of which are legendary standard lists and competitive in the current META.

Hotform Priest of the Feast Deck

All of these lists are really good Priest decks. Maybe not that ‘Unicorn’ deck, but as we all know, unicorns don’t exist. 🙂

Have fun. With some determination, skill, and creativity, Priest is still a class you can play at high legend, and it’s incredibly fun.