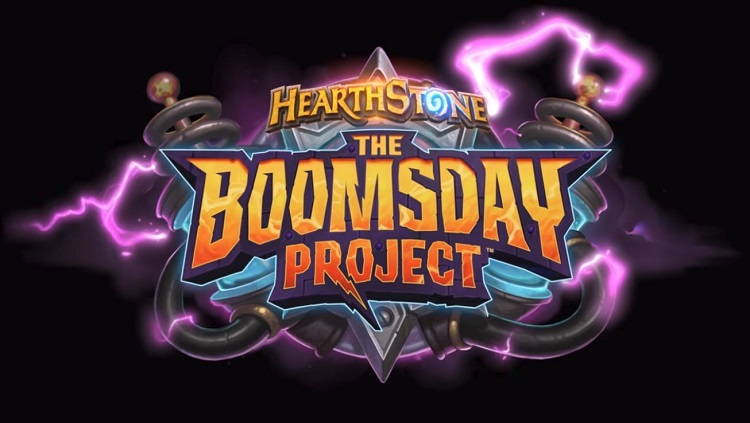 Wait no longer peeps, the next Hearthstone expansion has been leaked (revealed) and it’s called The Boomsday Project.

There are some cool new effects, keywords, of course loads of new cards, and more.

Here’s what we know and I’ll update it as we get more info:

When Is the Boomsday Project Released?

The Boomsday Project is due to be released on the 7th August.

What New Cards Have Been Revealed from The Boomsday Project Expansion? 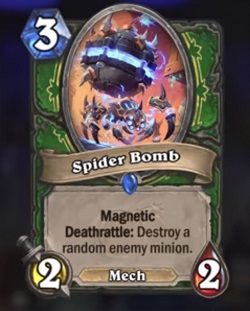 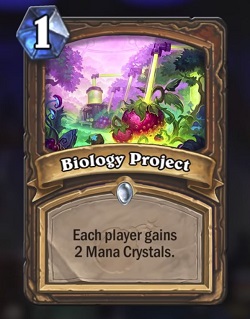 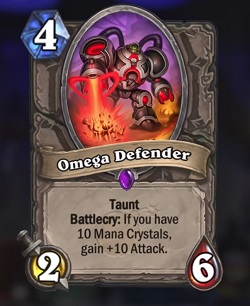 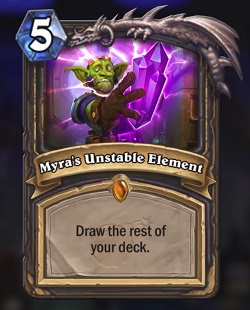 Magnetic allows you to fuse mech minions together to make combined, stronger, minions.

You can take the Spider Bomb above for example and add 2/2 plus the Deathrattle: Destroy a random enemy minion to an existing mech.

There are going to be a number of Project cards released with the set. These are cards that have an upside for both players.

The Biology Project Druid card above is one of the revealed cards that demonstrates this.

If you want to ramp, you’re going to have to take your opponent with you and ramp them too!

Omega cards are cards that have fairly ordinary stats and effects, but when you play them while you have 10-mana crystals they get a huge boost.

The Omega Defender above was the example they have revealed to demonstrate this.

The Doomsday expansion is the first to release legendary spells. I think we all knew this day would come at some point to increase the reach of cards and their uses.

You can see the Rogue legendary card above, Myra’s Unstable Element as the example they’ve shown us.

Pretty powerful effect – Draw the rest of your deck. Great for combo and OTK

Here is the pre-release video with all the info above for you to see for yourself: