The New expansion – The Boomsday Project – lands on the 7th August.

It’s tricky to know on the first few days which are bad enough that you can dust them and not regret it, but it’s important to recycle the dust to craft the best legendaries so you can keep ranking up.

I’ve gone through loads of card reviews from pro players and used my own intuition – which has been very accurate on previous expansions – and summarised some of the worst, useless, underpowered, and dustable Boomsday legendaries that you’re safe to dust to help you out. 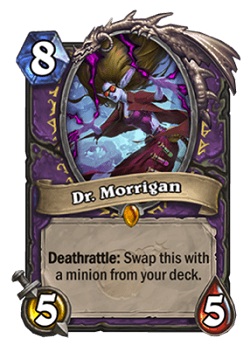 I think Blizzard finally realized that Warlock had enough overpowered legendaries – much to the relief of the Hearthstone community.

Paying 8 mana for a 5/5 sucks, then having the RNG of hoping to pull a good minion from your deck is a lot to ask.

This card will not see play unless the deck is built around it, which isn’t a good idea. 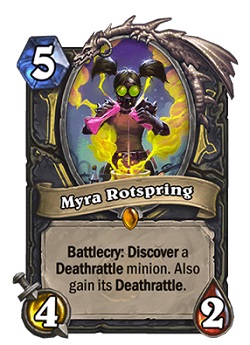 The stats on this 5 mana card are really poor, so you’re giving up considerable

tempo, and for what?

What kind of deathrattle minion and effect is worth it?

There are too many better cards that can take the deck slot over this one.

Feel free to dust it and use the dust for some of the other awesome cards Rogue is getting in the Boomsday expansion. 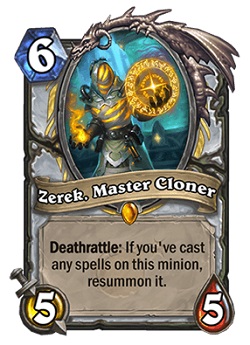 6 mana for this card is way too slow and it’s vulnerable to silence effects.

If you’re going to have cheap spells to cast before your opponent can kill it then you’re better off playing Lyra.

This card isn’t going to see competitive play in this expansion.

This card has been trashed in most of the card reviews I’ve read and listened to.

You’re going to want the double healing effect later in the game, and playing a 2 mana 1/2 at that point is the last thing you want.

It’s a strange card, hard to see where and which deck it would go in. Safe to dust for sure. 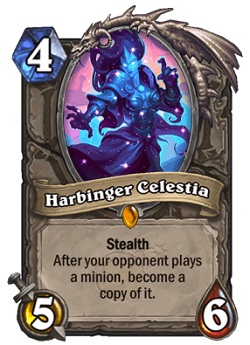 This card has a cool effect we haven’t seen before, but it isn’t good enough to see play.

It’s very unrealistic to think your opponent will play a decent minion once they see you play this.

If they give you a 1 or 2 cost minion you just forfeit a huge tempo loss and it’s likely to cost you the game in some instances. 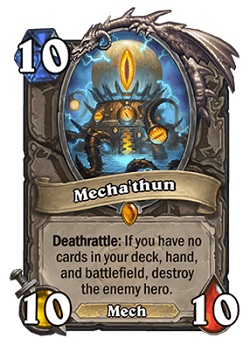 There is a lot of buzz around Mecha’thun as it’s another cool card effect we have not seen before – and it destroys your opponent!

The downside is that it’s going to be almost impossible to pull off, and will never be a reliable win condition.

A pure meme card, if you rip it from a pack dust it and make something like Dr Boom.