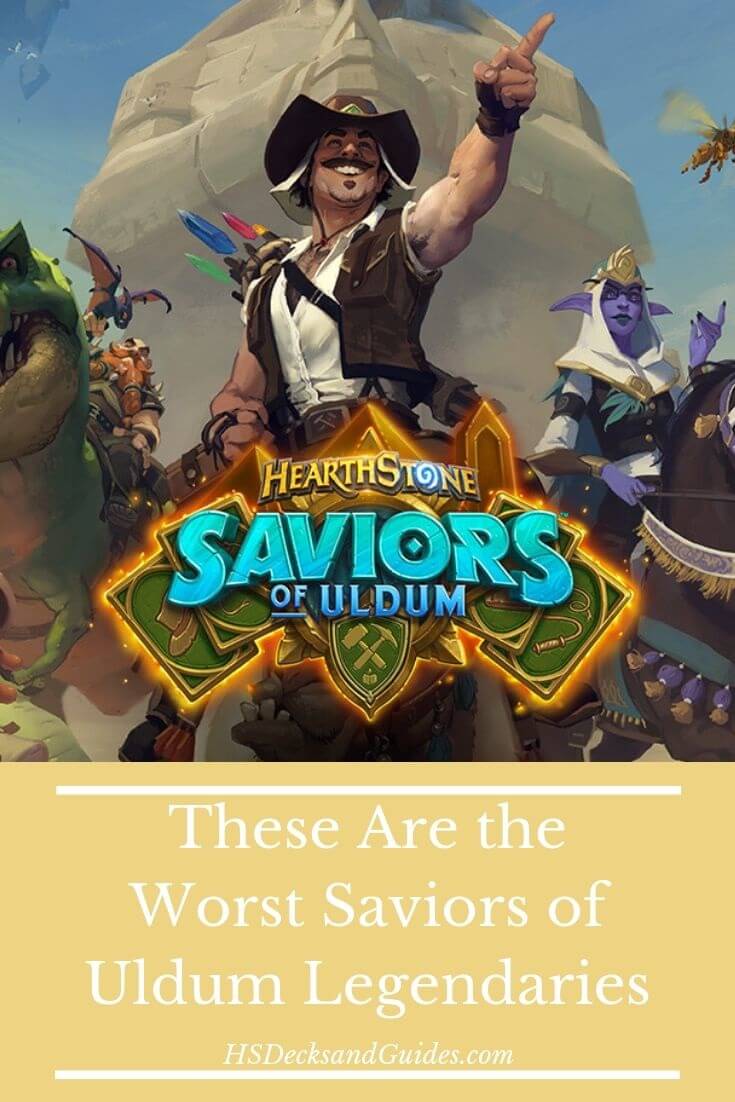 The latest expansion; Saviors of Uldum is dropping on the 6th August and that means 23 new legendaries entering the card pool.

Legendaries have the highest dust cost, both to make and to disenchant. So, we have to be smart with which ones we keep and which we craft. Especially in the early days and weeks of the expansion before the meta has settled.

If you rip legendaries from packs that will never see play (outside of memes) you’re best off dusting them and making other cards you will need.

I’ve taken into account the card reviews from the top pros, used some of my own common sense, and have put together a list of the worst Saviors of Uldum legendaries that you’re safe to dust if you rip from packs:

Worst Saviors of Uldum Legendaries: Dust and Recycle These Cards!

I know, Reno is the poster boy of this expansion so we all had high hopes for him. But how the community was disappointed when he was revealed.

10 damage to minions on turn 6 as a reward for playing single copies of cards isn’t going to cut it. He’s better off as dust.

Warlock had the worst quest last time, and they might have the worst this time too. Sucks.

There are some tools to help draw those 20 cards quicker, but it’s still too many cards for such as a lackluster reward.

Could be fun though. It has that I guess.

Yet another slow quest with a bad hero power reward! They added some support for summoning minions, but it’s still going to be too slow vs aggro.

This quest has a load of 1’s across the public reviews. Secretly, I hope everyone is wrong, but I’ll dust it and re-visit it in a later expansion I think.

Another face from the poster, and another fail. It’s hard to build your deck around an upgraded hero power when you can’t be sure which one you’ll get.

Finley is going to be way too inconsistent. It’s going to be super tilting to lose to – if that ever happens.