With The Witchwood expansion landing on the 12th April, I’m sure you’re going to be ripping packs and raining new legendaries into your collection (hopefully!)

One of the best feelings in Hearthstone is hovering over a card from a pack and seeing that orange glow, right?

Only to experience one of the worst feelings when it’s a trash legendary that doesn’t see play in any decks.

There are a few bricks in The Witchwood as there are in all expansions. So, you need to identify which cards aren’t any good and turn them into 400 dust (or 1,600 if golden) and craft the best legendaries from the set.

There were a few maybe’s that we can wait and pass judgment on later. But I’m positive that the legendaries below are the worst and you can safely dust them and never regret it.

Worst Witchwood Legendaries You Can Dust. 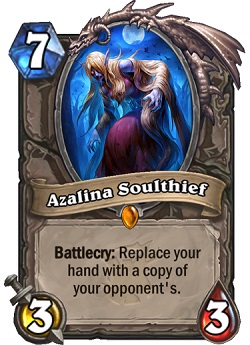 The only instance when Azalina is going to be any good is when your hand is empty and your opponent has a hand full of decent cards – so good luck with that.

It’s more likely that you’ll end up swapping your good cards with cards from your opponent that don’t synergize with your hero. 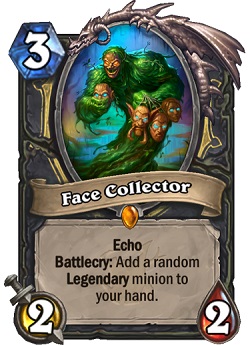 There are several problems with this card. A 2/2 for 3 mana means a drop in tempo, a random legendary minion isn’t worth the drop in stats, and you have to echo it for more value.

It’s an RNG  YOLO type of card. So, that means it’s not going to be in any competitive or meta decks, so you might as well dust it and craft something you can use. 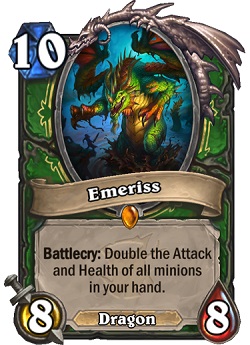 This is a strange card to be added to the Hunter collection. It’s only playable is a high-value control deck, and while there are some other cards coming that support a control-type hunter, there aren’t enough.

To make Emeriss work you need to be ahead on board at turn 10, then have a load of low-cost minions in your hand to buff and flood the board with next turn. Enough said. 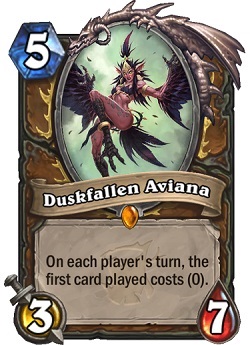 Duskfallen Aviana is a card with huge risk and huge reward. If you want to play this and hope your opponent doesn’t have a way to kill it and/or play a huge minion or spell – go for it.

I don’t like the odds. You hand tempo over to your opponent and hope to get a bigger swing on your turn. It’s similar to Temporus if you think about it, and that card doesn’t see serious play. 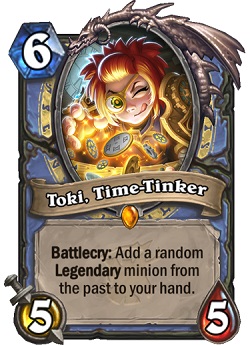 This is potentially a fun card and there are some meme highlights going to come out of bringing back one of the OP legendaries from Wild, but if you are short on dust you gotta click the button.

It’s not going to be played in competitive or ladder decks. It’s low statted for the cost and the chance of getting a junk legendary is too high. 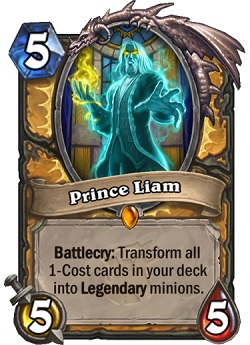 We have seen the fill X random legendary effects many times. Prince Malchezaar springs to mind, and that card didn’t see any serious play.

It’s hard to build a deck that will perform consistently with a lot of 1 drops like an aggro deck, then switch it up and start playing random legendaries.

The only consistent thing with this card is how often it will be dusted!